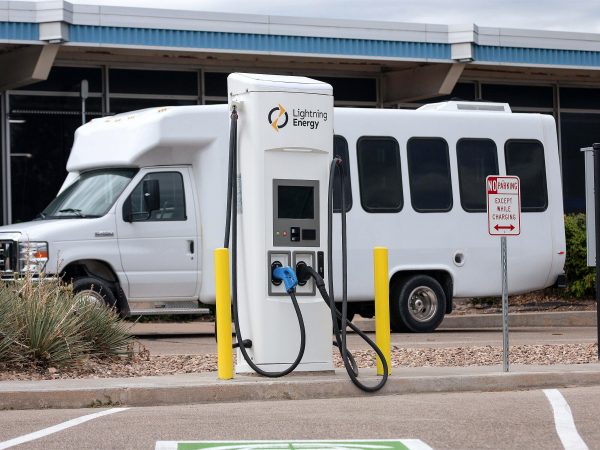 Lightning eMotors, a Loveland-based developer and manufacturer of electric powertrains, is going public on the New York Stock Exchange next year.

In a statement, the company said it has agreed to merge with GigCapital3 Inc. (NYSE: GIK) at some point in the first half of 2021 and trade on the New York Stock Exchange under the ticker symbol ZEV.

Lightning eMotors makes electric engines and transmissions that replace gas-powered powertrains on buses and commercial trucks, and recently has gotten into installing and maintaining charge points for electric vehicle fleets.

GigCapital3 is a special-purpose acquisition company, or SPAC. These companies are shells that are listed on public exchanges and are later acquired by companies looking to go public outside of the normal procedures of an initial public offering.

Notably, it does not require the private company to release an S-1 filing to the U.S. Securities and Exchange Commission with financial data.

However, the deal values Lightning eMotors at $823 million at $10 per share. The company expects to add $270 million in cash to its coffers at the deal’s closure.

Its financial projections over the next few years are particularly rosy. Lightning is projecting revenues of $63 million in 2021 and claims $354 million in back orders, and believes it can reach $2 billion in sales by 2025.

These investment vehicles have been particularly popular in 2020, as low interest rates and broader market volatility led investors in search of alternative places to park their cash. SPACs have raised more than $70 billion so far this year according to Bloomberg data.

CEO Tim Reeser will remain head of the company after its debut on the stock exchange. In a statement, he said the funds raised from the offering will be used to fulfill back orders and accelerate the company’s growth plans in general.

“With an estimated worldwide annual total addressable market opportunity of $67 billion for Class 3-7 vehicles, we see tremendous demand from fleets to transition their commercial vehicles from internal combustion engines to zero-emission solutions at an attractive total cost of ownership, even without state and federal grants,” he said.