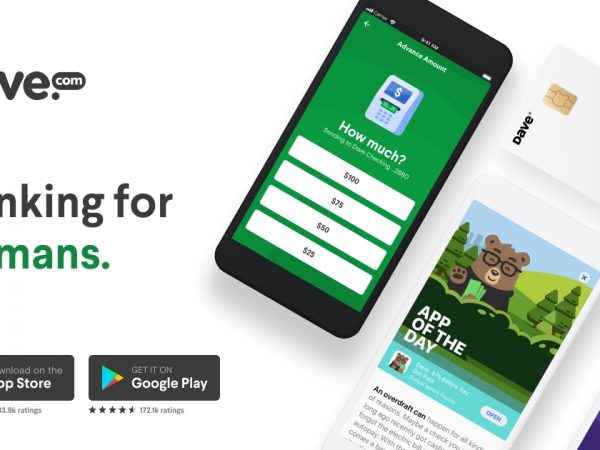 Banking app Dave announced Monday that the company will make its market debut through a SPAC merger with VPC Impact Acquisition Holdings III.

The agreement values Dave at $4 billion and is expected to close in the second half of this year. Upon completion of the deal, it intends to list on the New York Stock Exchange under ticker symbol DAVE.

The company, ranked No. 26 on last year’s CNBC Disruptor 50 list, was most recently valued at $1 billion in August 2019, according to PitchBook data.

Victory Park Capital, a global investment firm headquartered in Chicago, has a long track record of debt and equity financing transactions in fintech, and has been a longstanding investor in Dave, most recently providing a $100 million credit facility to the company in January 2021. VPCC completed its initial public offering in March 2021.

Dave — shorthand for the hero in the David vs. Goliath tale — is designed to eliminate many of the features customers can’t stand about legacy banks. The company started with overdraft fees. For a $1-per-month membership fee, users can access checking accounts with no fees and up to $100 in overdraft protection without fees or interest. Members who sign up for direct deposit also get automated budgeting and the ability to build up their credit scores through the reporting of rent and utility payments to credit bureaus.

The company says it has helped its customers avoid nearly $1 billion in overdraft fees through its ExtraCash feature, and helped gig workers earn more than $200 million from their side hustles through its sharing-economy job board, Side Hustle.

Co-founder and CEO Jason Wilk, who founded three other start-ups and counts Mark Cuban as an early investor, believes consumers should get credit for doing the right thing consistently.

“At Dave, we’re committed to improving the financial health of our members,” Wilk said in a statement announcing the deal. “We believe the legacy financial system has failed to deliver and today, more than 150 million people need our help to build financial stability.”

The deal includes a $210 million private placement led by Tiger Global Management. So-called PIPE financing is a mechanism for companies to raise capital from a select group of investors that make the final market debut possible. Wellington Management and Corbin Capital Partners are also participating.

SPACs have come to market at a breakneck pace over the past year as an alternative to IPOs. However, the market has cooled lately amid regulatory concerns and an overall pullback in SPAC stocks. The CNBC SPAC 50 Index, which tracks the 50 largest U.S.-based premerger blank-check deals by market cap, has slumped roughly 4% year to date, while the Nasdaq has gained roughly 7%.

So far this year, 330 SPACs have raised nearly $105 billion, according to SPAC Research, but experts caution investors that the recent frenzy, and subsequent slump in SPAC shares, could lead to riskier deals in the coming months.