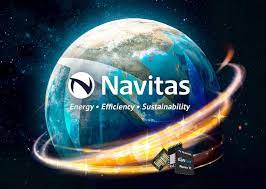 The combined value of the company comes out to about $1.4 billion. The deal is expected to raise $398 million in gross proceeds, including an over-subscribed private investment in public equity (PIPE) round, totaling $145 million. The transaction is slated to close in the third quarter of this year, resulting in Navitas becoming a publicly traded company.

Navitas says that compared to traditional silicon-based chips, its GaNFast power ICs deliver up to triple faster charging at half the size and weight, with 40% energy savings. It also says it has shipped more than 18 million GaNFast devices to prominent Tier 1 suppliers such as Dell, Lenovo, Amazon, LG, OPPO, Xiaomi and Belkin.

The company, which was founded in 2014, is backed by the investment firm Capricorn Investment Group, growth equity investor Atlantic Bridge and private investment group Malibu IQ. These and other current investors will fuel 100% of their equity into the SPAC transaction.

In the announcement, Navitas CEO and Co-Founder Gene Sheridan stated, “We are proud to enter the public capital markets with strong operating momentum and investor partners who share our enthusiasm for our long-term mission.”

Live Oak II raised $253 million in its IPO last December. The Navitas merger is the latest deal in the growing SPAC market. As of May 13, U.S.-based SPACs have raised $101.8 billion through 316 IPOs, according to SPAC Research. That’s already a substantial increase from last year’s SPAC activity—248 IPOs raised $83.4 billion in 2020.

Live Oak CEO Rick Hendrix said the Navitas deal is “the most compelling opportunity we have seen in the semiconductor industry, and we are delighted that Navitas’ solutions contribute meaningfully to reduced carbon emissions through more efficient power delivery.”

Hendrix added that proceeds of the transaction will go towards Navitas’ efforts to expand from mobile and consumer markets to more power-intensive applications such as data centers, solar energy and electric vehicles.