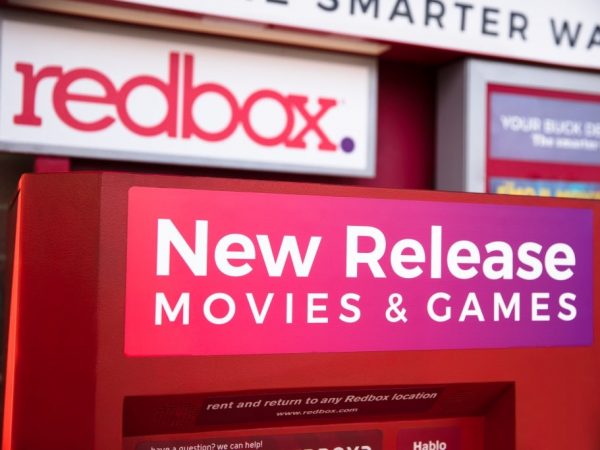 Who says the DVD is dead? Not DVD rental giant Redbox, which believes the discs not only have life to them, but also that they’d make a good investment.

The owner of the ubiquitous red kiosks said Monday it was coming back to the public markets. It agreed to merge with special purpose acquisition company Seaport Global Acquisition (NASDAQ:SGAM) to form a company with a $693 million enterprise value.

While streaming video captures the headlines, Redbox operates 40,000 kiosks that service some 39 million loyalty program members (13 million active), of whom 70% identify as “late adopters” of new technology like streaming.

Yet just like the streaming services, original content is essential to keep Redbox competitive. The company points to its Redbox Entertainment division, which has released 16 titles to date with 24 more titles to come. It says it is targeting 36 original titles a year. It is also a streaming company, which it says gives it the distinction of providing its customers with more choice than any competitor.

Apollo Global Management took Redbox, then part of Outerwall, private in 2016. The private equity firm and all other investors will roll their ownership stake in Redbox, after which they will collectively own 59% of the business.

DVDs may seem like a cigar-butt investment, but Redbox thinks there’s a very long tail of opportunity associated with them. It forecasts 27% compound annual revenue growth for the next few years, hitting more than $1.1 billion by 2023. Adjusted EBITDA is expected to rise by 28% annually.

The merger is being backed by Lions Gate Entertainment, the Legendary Entertainment division of China’s Wanda Group, Screenvision, and producer Basil Iwanyk, who founded Thunder Road Films. The deal is expected to close in the third quarter of 2021 and the stock will trade on the Nasdaq Stock Market under the ticker RDBX.