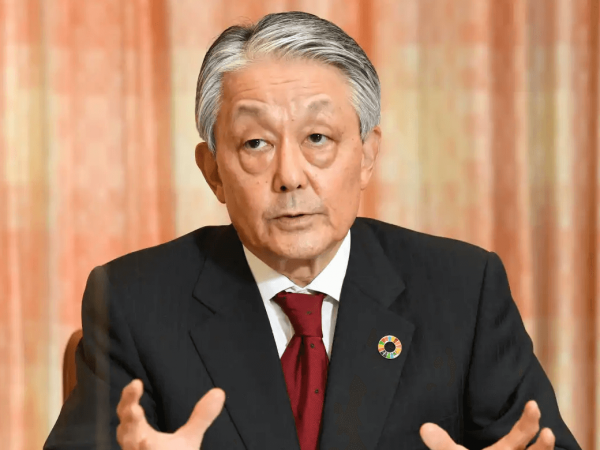 ‘Japan cannot be left out’ as global exchanges compete for investment, says Yamaji

TOKYO — The Tokyo Stock Exchange will push Japanese companies to adopt more robust governance rules through an ambitious reorganization in a “big step toward becoming the bourse of choice for global investors,” the new TSE chief told Nikkei in an interview.

Hiromi Yamaji, who took over as president on April 1, faces a particularly competitive environment as bourses across the world hunt for investors. As environmental, social, and governance, or ESG, issues become key standards for investing, the TSE will urge companies to step up efforts based on their market classification.

“As countries compete to raise corporate awareness about ESG, Japan cannot be left out,” Yamaji said.

The reorganization slated for April next year will revamp the TSE into three sections, including a top-tier Prime market. Those listed on the Prime market will be expected to meet higher disclosure standards, such as those on climate change risks.

The idea is to offer clarity by assigning companies to the market that corresponds to their market capitalization. Tougher governance standards will encourage efforts that will increase corporate value.

Yamaji is also keen on cultivating Japanese individual investors. “It is important to expand the investor base at home as well,” the new president said. To that end, the TSE will step up the use of the internet to make people more familiar with investing.

As for the TSE’s goal of launching 100 initial public offerings, “it is important to improve the quality [of IPOs] while stably achieving that target,” Yamaji said.

Wall Street has seen a boom in listings by special purpose acquisition companies, or SPACs, which raise cash in an initial public offering before finding a promising private company with which to combine. SPACs have raised tens of billions of dollars in 2021, with the rich and famous, such as Jay-Z and Bill Ackman, getting involved.

But Yamaji sounded a cautious tone about allowing SPAC listings on the Tokyo bourse.

The listing of SPACs “should be given serious thought based on recent market conditions,” said Yamaji, adding that “protecting investors will be a challenge.”

The TSE explored allowing the listing of SPACs in 2008 but the plan was abandoned because of tepid demand, according to Yamaji.

But other Asian exchanges are jumping on the band wagon. The Singapore Exchange plans to open up the bourse to SPACs as early as midyear. The Hong Kong and Indonesian markets are considering that move as well in hopes of attracting promising Asian startups.

Yamaji, formerly the president of the Osaka Exchange, steps into his new role as the bourse tries to regain investor confidence. The bourse suffered a system crash that halted trading for the whole day on Oct. 1 of last year, leading to the resignation of then-President Koichiro Miyahara.

“Restoring confidence and ensuring stable market operations are major issues for the time being,” said Yamaji.

Last month, the TSE released the final report of the system glitch. Yamaji said he will enlist the assistance of brokerages and other partners to continue employee training to “prevent a reoccurrence.”