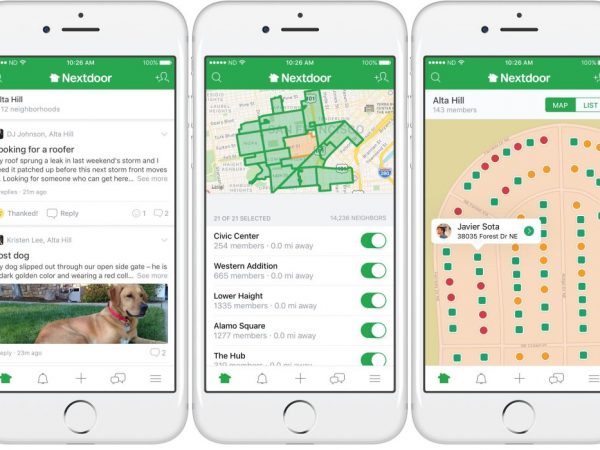 Nextdoor Inc., a social network for neighbors sharing information or trading goods and services, is considering options to go public, including an initial public offering, according to people with knowledge of the matter.

The company is targeting a valuation in the range of $4 billion to $5 billion, said the people, who requested anonymity because the talks are private. Nextdoor might also go public through a direct listing or by merging with a blank-check firm, and a transaction may happen before the end of next year, one of the people said

Nextdoor has rebuffed approaches from some special purpose acquisition companies to pursue growth, which has accelerated as a result of the pandemic, one of the people said.

Nextdoor has raised about $470 million, and was last valued at $2.2 billion after a funding round in September 2019, according to PitchBook. Its investors include Benchmark, Greylock Partners, Kleiner Perkins, Riverwood Capital, Axel Springer and Tiger Global Management.

Nextdoor is led by Chief Executive Officer Sarah Friar, who was chief financial officer at Square Inc. when it went public in 2015. This month, Nextdoor boosted minority representation on its board when it added John Hope Bryant and Andrea Wishom as directors.

“Our desire to bring leaders like John and Andrea to our board underscores the importance of making diverse perspectives a business imperative,” Friar said when the appointments were announced.

The company’s platform lets users provide feedback on local businesses, and includes 268,000 neighborhoods globally, including one in every four in the U.S., according to Nextdoor.

So-called unicorns that recently struck deals to go public by merging with a SPAC include property-technology startup Opendoor and insurance firm Clover Health.