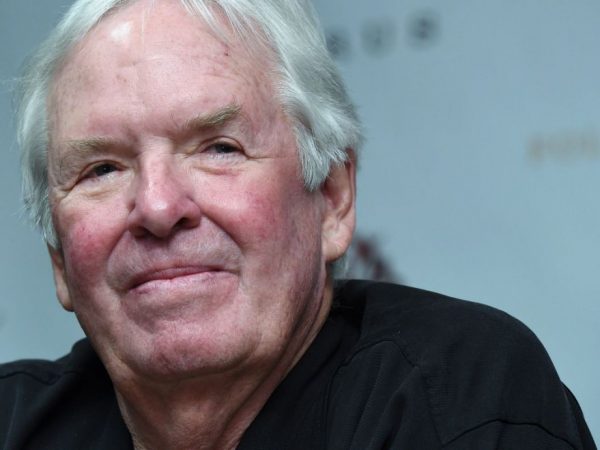 (Bloomberg) — Few on Wall Street can do more with a blank check than Bill Foley.

At 75, he’s the poster child for one of the biggest financial plays of the moment: the special purpose acquisition company, or SPAC.

Over the past four decades the former U.S. Air Force captain has made a fortune buying, selling and splitting public companies to lucrative effect. Now Foley is again seeking to capitalize on the vehicles in what is shaping up to be a heady year for SPACs, also known as blank-check companies.

Skeptics warn Wall Street may be getting carried away. SPACs — essentially shell companies in search of real businesses seeking a short-cut to going public — are designed to enrich their founders. But investors who buy in don’t always fare well. Opaque disclosures can be one risk. Potential conflicts of interest another. A Miami pension fund is suing Foley, claiming he operates a “veritable spider’s web” of inter-related corporate entities including SPACs. A representative for Foley described the complaint as “wholly without merit.”

Foley, for his part, is pressing ahead and sees plenty of potential target companies keen to engage.

“SPACs have changed from being kind of the place of last resort when you had a company you wanted to sell and take public to almost a first choice,” Foley said an interview. “Which is terrific.”

It certainly is for Foley, who recently raised two huge ones. Foley Trasimene Acquisition Corp. is looking for deals in financial technology or business process outsourcing armed with $1.03 billion from its May initial public offering. The company could make purchases in the $2.5 billion to $3.5 billion range, he said.

Foley Trasimene Acquisition Corp. II, which has $1.65 billion in committed capital, is hunting acquisitions in the same fields as well as information services, but with bigger sights. Foley said the SPAC is eyeing transactions in the $6 billion to $10 billion range.

Foley prides himself on having operating experience. Beginning with a title insurance business he bought in 1984, he’s led more than 100 acquisitions, dozens of sales and spinoffs and at least seven public offerings following what his biography describes as his “value creation playbook.” What differentiates him from other SPACs, he said, is that any company that sells to him will get access to a host of seasoned financial managers. Foley said he has a team of six people working to find targets.

“My whole history and career has been around acquiring companies and fixing companies,” he said.

A zest for acquisitions and a talent for corporate maneuvering is an ideal resume for partaking in the SPAC craze. More than $52 billion has been raised by 136 blank-check firms that have gone public this year on U.S. exchanges. That’s about 50% more than the total raised in all previous years combined.

The potential upside for Foley as a founder is substantial. In exchange for fronting a portion of the SPAC’s setup costs, founders receive the right to get an equity stake in whatever company the SPAC merges with as an incentive to close a deal. The stake is usually set at 20%, though it can be diluted in negotiations. In the case of Foley and his partners, they paid $9 million to $30 million for each SPAC, depending on its size.

It’s worked out well for Foley before. In 2016, he raised a $600 million SPAC with former Blackstone Group Inc. dealmaker Chinh Chu. The vehicle teamed with Blackstone to buy Des Moines, Iowa-based insurer Fidelity & Guaranty Life for $1.84 billion. Foley’s investment of $26.8 million for founder shares and warrants gave him about a 6.5% equity stake, excluding warrants, according to the merged company’s offering documents.

The dealmaking didn’t end there. Two years later, FGL, whose shares had seldom advanced beyond the $10 listing price, decided to sell itself for $12.50 a share to Fidelity National Financial Inc., the title insurance company built up by Foley. His net proceeds at the time the deal closed in June were about $138 million, according to Bloomberg calculations. Foley said he couldn’t recall the exact amount, but “it was lucrative, there’s no question about it.”

SPACs are a natural application of a dealmaking style that’s helped Foley amass a $1.4 billion fortune, according to the Bloomberg Billionaires Index. His empire of companies, representing $42 billion in combined market value, encompasses close to a dozen industries from restaurants to software. Foley has even applied his playbook to investments in wine and hockey, two of his passions. He’s co-owner of the Vegas Golden Knights of the National Hockey League and his Foley Family Wines is among the largest vineyard owners in California’s Sonoma County. He is also majority owner of Whitefish Mountain ski resort in Montana.

While Foley has become wealthy through the equity stakes he’s accumulated, part of his fortune has come from bonuses received as a result of spinoffs and mergers. He was the fourth-highest paid U.S. executive in 2014, thanks to a $42.7 million payout that was mostly tied to organizing pieces of Fidelity National Financial’s business into a subsidiary.

A surfeit of SPACs heightens the risk of dealmaking with potential conflicts of interest, according to lawyers. Sometimes dealmakers find themselves on both sides of a transaction, such as when SPAC manager Chamath Palihapitiya’s Social Capital III agreed this month to merge with Clover Health, an insurance startup in which Palihapitiya’s previous venture capital firm, Social Capital, was a small investor, according to PitchBook.

In other instances, SPAC founders can pocket additional fees from giving deal advice on their own deals. Michael Klein’s boutique investment bank received a fee in the form of shares when his Churchill Capital III SPAC merged with MultiPlan Inc. Klein and the SPAC are now being sued by an investor for, among other things, failing to reveal conflicts of interest.

A representative for Klein declined to comment, as did one for Social Capital.

Conflicts could arise “in any kind of transaction where there are people with a substantial vested interest in the outcome,” said Alan Seem, a partner at Jones Day. That’s particularly true for SPACs. When sponsors identify a target to buy, they have an incentive to get the deal approved by the SPAC shareholders. If it doesn’t go through, sponsors don’t get their equity payout and lose the money they put up to start the SPAC.

“That could lead to the sponsors overselling the merits of the deal to try to get it across the finish line,” Seem said.

Conflicts of interest have to be disclosed to investors and many SPACs state in listing documents that they’re allowed to pursue mergers with companies with which their management is already involved.

The somewhat circular nature of Foley’s first SPAC deal underscores the benefits of having a network to help execute a profitable deal. Not only was Foley a founding sponsor, he was also a major shareholder in Fidelity National Financial, which helped finance the SPAC deal and ultimately acquired the resulting business.

That deal sparked the Miami pension fund’s lawsuit against Foley and his fellow board members, accusing Foley of enriching himself by merging these companies without taking shareholders into account.

Fidelity National Financial said in a statement that the complaint is without merit and “a gross distortion of the company’s track record under its chairman and a highly talented, independent and experienced board of directors.”

Foley said the FGL deal was negotiated by two independent boards and had a Chinese wall. Foley said that while he’s hired people who used to work for him in other businesses, his companies “try to be very conscious of any kinds of conflict of interest.”

Still, his style of dealmaking has been used against him. Data provider CoreLogic Inc., is trying to fend off an unsolicited takeover and board fight from Foley’s Cannae Holdings and activist investor Senator Investment Group. The company has used the notion of “The Foley Network” in its defense ahead of a shareholder vote next month, arguing the intermingling of his various business interests could create a conflict.

Cannae said in a statement that neither it nor Senator have “a single overlapping business with CoreLogic,” and that any overlapping director issues can be easily remedied.

Foley is weighing a fourth SPAC but says his investors will first want to see a positive outcome with the current three. He said he’s also wary of the proliferating number of entrants in the SPAC market, not all of which he considers high quality.

“Anytime you have a run on something, there’s going to be some fallout.”