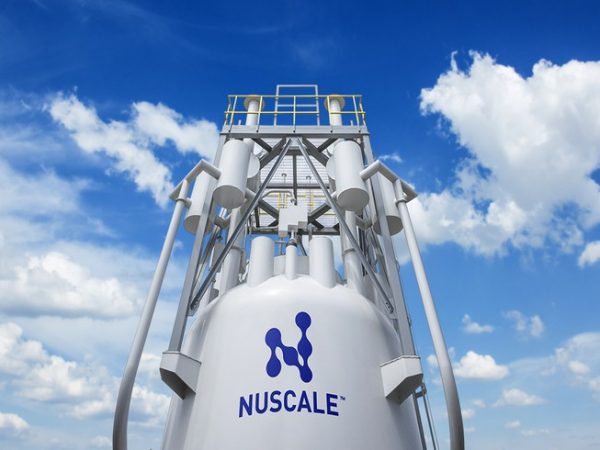 The Fluor Corp.-backed company gained 5.5% to close at $10.55 on Tuesday. It raised $380 million through the deal with the special purpose acquisition company.

NuScale is the only company to have won approval from the U.S. Nuclear Regulatory Commission for a small reactor design, or SMR. Supporters say SMRs could constitute the next wave of new nuclear projects because they expect the technology to be faster and cheaper to build.

“As a public company, we can accelerate our efforts to help meet the world’s urgent clean-energy needs,” Chief Executive Officer John Hopkins said in a statement Monday.

NuScale may be ready to deploy its 77-megawatt reactors as soon as 2027, a company executive said in an interview. The first U.S. plant using them could start producing power in 2029.

The company’s shares are trading on the New York Stock Exchange under the symbol SMR.