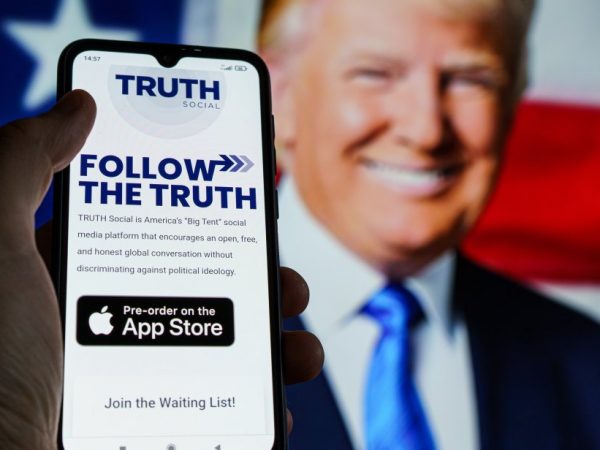 Truth Social’s parent company Trump Media & Technology Group (TMTG) is currently in the process of being acquired by blank-cheque firm Digital World Acquisition Corp. (DWAC), which would take Trump Media public in a $1.70bn transaction currently scheduled to close in the third quarter, at which time its stock will list on the Nasdaq exchange under the ticker TMTG.

After initial news of the acquisition broke last October, sending DWAC stock soaring over 845% higher to $94.20 per share from the more typical SPAC price of $9.96, DWAC stock has settled in the mid-to-high $40s price range, swinging mostly on the actions of the former president.

Additionally, as a SPAC, Digital World currently has a roughly 30 million share float, which will grow to 300 million shares upon closing and selling additional shares into the market, according to DWAC’s Form S-1 filed with the US Securities and Exchange Commission (SEC).

“We’re keeping an eye on DWAC but there is no word on when it’ll hold the vote and officially convert,” said Matt Kennedy, VP of Data and Content at provider of pre-IPO investment research Renaissance Capital. “And yes, it does seem like there would be a lot of selling pressure when that happens.”

TMTG started as an alternative to what was perceived as liberal media bias in social media, particularly Twitter, which was Trump’s social media platform of choice until he was de-platformed due to his role in civil unrest at the US Capitol in January 2021. With Twitter now scheduled to be controlled by self-proclaimed free speech absolutist Elon Musk, is a conservative alternative even necessary?

It’s no secret Digital World stock rises or falls on Trump’s actions – DWAC gained 31.8% last Thursday after Trump posted on Truth Social. Now Musk’s actions come into play. The big question, as he has hinted, is whether or not Musk will reinstate previously blocked Twitter accounts, including Trump’s.

(ENDI Corp. and its ... affiliated Registered Investment Advisors do not own a position in $RUM as of of 9/30/22.) #SPACs #Shares #Socialmedia