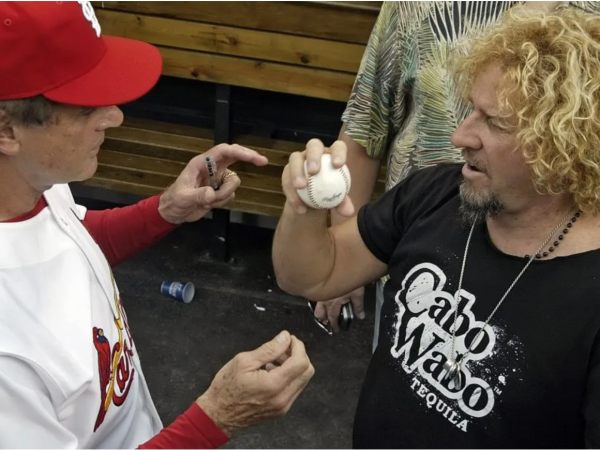 The depressed SPAC market has claimed another victim. Victory Acquisition, a star-studded blank check that wanted to raise $250 million in an IPO, filed paperwork with the Securities & Exchange Commission to cancel its plans Friday evening.

Led by Jim Lites, the CEO of the Dallas Stars, and Billy Quinn, who is on the ownership advisory group of the Stars, Victory wanted to raise $250 million “to pursue a business in the media, sports and entertainment industries,” according to its preliminary prospectus.

Victory’s executive and board member slate featured a number of figures who seemed primed to help the business succeed, among them: one-time Van Halen singer and taco and tequila entrepreneur Sammy Hagar, and Roger Staubach, the Naval Academy and Dallas Cowboys quarterback legend.

Victory was also to include Angela Mathes, a former top executive at networks including TLC, Fox and ABC, whose work included developing The View and choosing Kelly Ripa to co-host a morning TV show with Regis Philbin, according to her bio in the preliminary offering document. Bryant Patton, the chairman of college football’s Cotton Bowl, was also to be among the board of directors, as were several other banking industry veterans.

Victory first filed for an IPO In March 2021, at the height of enthusiasm for special purpose acquisition companies. Only weeks later, the SEC slammed the brakes on SPACs with dual warnings about celebrity-backed vehicles and a demand SPACs review how they account for warrants being offered in IPOs. At the time of Victory’s formation, the belief was high-profile celebrities like Sammy Hagar, perhaps best known for the rock hit I Can’t Drive 55, would help SPACs find exciting companies to take public while also helping SPACs stand out in the crowded marketplace. SPACs, also known as blank-check companies, raise money at an IPO with the intent of later finding a company to merge with.

Sports were a particularly popular sector for SPACs coming to market, with more than 160 SPACs declaring a sports focus or including athletes and sports executives. The market for SPACs has grown fiercely bearish in recent months, with many SPACs unable to find enough investors to hold IPOs or close proposed mergers. In addition to Victory, nearly five dozen SPACs have canceled IPO plans this year, including vehicles from billionaire David Bonderman, Chelsea football club bidder Todd Boehly, and former quarterback and ESPN talking head Eli Manning.