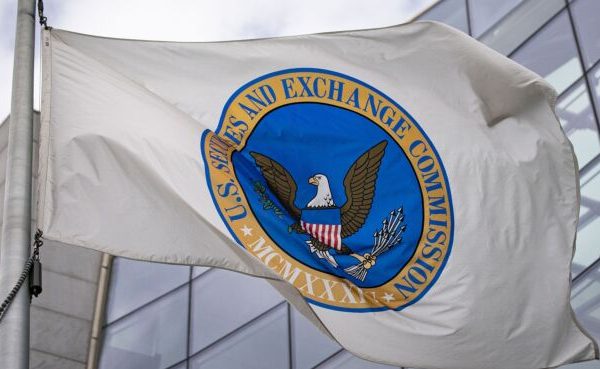 The blank-check companies that were Wall Street darlings, and then regulator targets, are facing yet another round of accounting headaches.

Four special purpose acquisition companies in the past two weeks have flagged errors in accounting for certain underwriter incentives serious enough to require them to restate their past financial statements. Given the similarity of the deals and the complexity of the accounting, more could be on the way.

“It’s something many of the SPACs have already done, and it’s also something that’s fairly material to their financial statements, so they’ll have to make the correction,” said Derryck Coleman, director of research at Audit Analytics.

The pervasiveness of the errors, however, won’t be on the same level as widespread restatements that stymied hundreds of SPACs not once, but twice in 2021.

That’s in part because of timing. SPACs—shell companies created with the sole purpose of raising money and finding a private company to acquire and take public—generally grant underwriters such as banks or other financial institutions an option to purchase additional shares at a discount when the blank-check companies hit the public markets.

This incentive, called the over-allotment option, expires within 30 or 45 days of the initial public offering. Under certain conditions, the underwriters have the ability to redeem the shares, meaning they can make the SPAC buy them back.

The bank’s ability to buy shares is considered a liability for the SPAC under U.S. accounting rules. The liability exists for any unexercised portion of the option starting on the day of the IPO and runs until the 30- or 45-day window closes. If the clock runs out and the underwriter doesn’t buy the shares, the SPAC then has to reverse that liability and record a gain under the accounting rules, as prescribed in ASC 480.

The SPACs that flagged recent errors in their accounting didn’t report these liabilities, filings show.

But if the underwriter takes advantage of the option to buy all the shares on day 1, the option—and the liability—disappears.

That narrows the number of firms that have to look out for errors, said Scott Norris, partner at audit firm UHY LLP.

It isn’t the only hiccup.

Twenty-eight SPACs have announced since March 1 that they will have to restate their past financial statements. Eleven cited the same issue that plagued SPACs late in 2021, when mass errors surfaced about how the companies classified redeemable Class A shares they offer to investors. Other stumbles include incorrect accounting for stock compensation, forward purchase agreements, and anchor investor transactions, filings show.

A consistent theme emerges: SPACs use money-raising transactions to entice investors and underwriters. Individual features and sweeteners in warrants and options lead to judgment calls on how to account for them. Layer on increased regulator scrutiny of a fast-paced market, and mistakes surface.

Restatements are considered red flags in financial reporting. They can signal lack of expertise at a company and can make stock prices plunge. A so-called “Big R” restatement would require a company to issue a Form 8-K and announce their mistakes to the public—different from the more minor “little-R” revisions, which entail disclosures about the mistakes in future filings.

Big R restatements have nosedived in recent years, but the hot-then-not SPAC market reversed that trend. The SEC staff in April 2021 raised alarms that blank-check companies weren’t accounting for warrants correctly, leading to a temporary market pause and hundreds of restatements.

The SEC, which issued a proposal in March requiring SPACs to disclose more information about their sponsors and potential conflicts, also has warned that SPACs must not hide accounting errors with small-R revisions.

“The environment has changed so dramatically,” said Demetrios Frangiskatos, assurance managing partner at BDO USA LLP. “There’s just an extra level of skepticism and scrutiny and discipline in going through all this stuff.”

To contact the reporter on this story: Nicola M. White in Washington at nwhite@bloombergtax.com

To contact the editors responsible for this story: Jeff Harrington at jharrington@bloombergindustry.com; Kathy Larsen at klarsen@bloombergtax.com