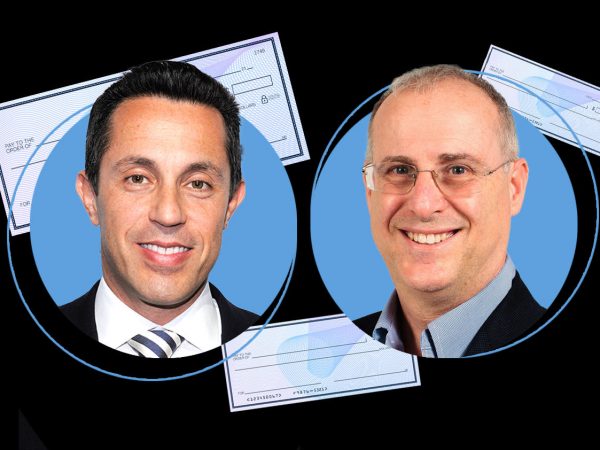 Through Silvertech, developer has incubated 29 startups since 2015

Scott Rechler has a SPAC. Rob Speyer has two. And now, Silverstein Properties’ Tal Kerret is joining the craze.

In a regulatory filing Tuesday, SilverSPAC Inc. said it intends to raise $250 million for a blank-check firm that aims to take a proptech firm public. In addition, SilverSPAC will target fintech startups and enterprise tech companies that have real estate applications.

Developer Larry Silverstein, who founded Silverstein Properties in the 1950s, will not be involved. His development firm has been investing in proptech since 2015 via Silvertech Ventures, an accelerator and VC firm co-founded by Kerret and longtime VC investor Charles Federman. (Kerret is president of Silverstein Properties and the developer’s son-in-law.)

Silvertech has worked with 29 startups to date, according to the regulatory filing. Through an affiliated venture fund, it’s also backed 17 companies, including Fundrise, a real estate investment platform, and The Guarantors, an insurance startup that acts as a co-signer on rental apartments.

SilverSPAC will draw on its relationships with Silvertech and Silverstein Properties to source and evaluate business deals. “The adoption of technology and innovation in real estate and financial services has recently reached an inflection point,” the filing said. “In this environment, the power of data and the ability to manipulate and analyze it for rapid insights has become a necessity to industry participants.”

Silverstein Properties has developed 40 million square feet of real estate, including the World Trade Center complex in Lower Manhattan. The developer owns and manages 3, 4 and 7 World Trade and is working on 2 World Trade. Silverstein is also the developer of 30 Park Place, a Four Seasons Hotel and condo tower where Larry Silverstein lives.

After blank-check firms made a comeback last year, real estate players have been swarming to the space. Nearly 20 are seeking proptech deals, citing the need to adopt digital tools in the post-Covid world.

In the real estate world, Scott Rechler’s RXR Realty is among the latest to join the fray. Tishman Speyer has raised two SPACs (including one that will take smart-lock maker Latch public). CBRE and Crown Acquisitions have also formed blank-check vehicles. Last week, Fifth Wall Ventures’ blank-check firm raised $347 million in an IPO.