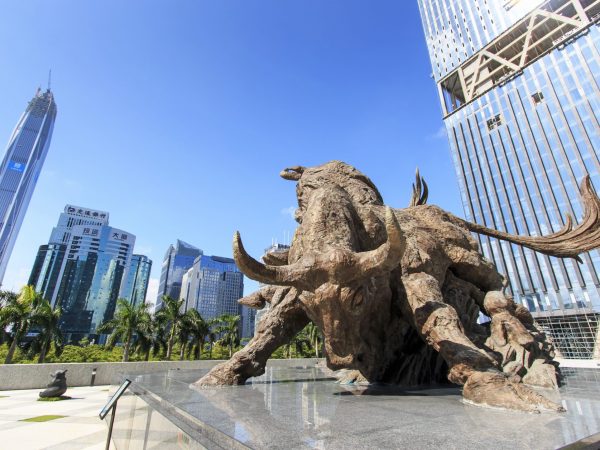 A frenzy of SPAC mergers took place in 2020. In the coming year, blank check companies may give Southeast Asian tech companies a route to new investors.

As China’s digital economy matures, tech companies have provided a steady source of initial public offerings (IPOs) on US exchanges and domestic bourses in Hong Kong, Shanghai, and Shenzhen.

However, as these firms come of age and consider a public offering, the conventional IPO has lost its glean. Now, special purpose acquisition companies, or SPACs, are in favor. Also known as blank check companies, SPACs are shell companies that raise funds via public offerings to acquire unspecified enterprises. This type of company doesn’t have a business model of its own beyond these financial transactions.

Because of this nature, US Securities and Exchange Commission chair Jay Clayton has advised investors to gauge the motivations of SPAC sponsors. These are often notable private equity (PE) firms that use SPACs to bypass investment banks and their underwriting fees to bring a private company to the public market.

Conventional IPO processes are cumbersome, expensive, and time-consuming. For tech startups in Asia, SPACs are a cheaper and more efficient fundraising option.

SPACs have gained huge momentum in the US in 2020. More than 200 SPACs raised around USD 70 billion, giving Asian markets a reference for 2021.

Tokopedia was a subject of interest for Bridgetown Holdings, which is backed by Peter Thiel and Richard Li, for a blank check merger in December 2020. If the deal moves forward, it could be a trendsetter in the region.

“To put things in perspective, SPACs have been around for decades. They were particularly popular in the mid to late nineties, but fell out of fashion when investors lost money,” Joel Shen, a corporate lawyer at global law firm Withers said to KrASIA. He believes that SPAC’s resurgence in popularity can be attributed to low interest rates, abundant liquidity in the market due to stimulus from the US’s central banking system, and an increasing number of acquisition targets, especially in the tech space.

SoftBank, one of Tokopedia’s investors, filed for a SPAC IPO in December with the aim to raise USD 525 million. SoftBank has invested in more than 100 growth stage companies worldwide, and some of them may be attractive targets for its SPAC, SVF Investment Corp.

With SoftBank—a whale in tech investments—entering the SPAC space, its portfolio companies like Grab may find speedy routes to New York’s ticker symbols. “SPACs allow their targets to list without first going through an expensive and time-consuming IPO process, and could potentially offer the shareholders of the targets, including institutional investors such as VCs, a quicker road to exit than a traditional IPO,” Shen said.

If Indonesian unicorns go through with this model, it could be a good barometer for whether Southeast Asian companies with local market focus will be accepted on a foreign stock exchange.

Nevertheless, SPACs have their downsides. As they are blank check companies, investors are betting on the sponsors of the SPACs, rather than assessing the quality of the business that is to be listed, Shen said.

Additionally, SPAC mergers must take place within a certain time frame—usually between 18 and 24 months. If no acquisitions are made before the end of the term, the sponsors may compromise on asset quality and bargaining power.

According to an analyst familiar with the subject, the SPAC boom in 2020 marked the beginning of a new era where top institutional investors, usually preeminent private PE firms, become a much stronger market force in IPO pricing. “Traditionally, IPO prices are determined by investment bankers building books through a series of closed-door, back-to-back talks with these PE firms. With SPACs in hand, however, PE managers simply dump these bankers and strike the deal directly with asset owners,” the analyst said.

As a result, the SPAC route is less likely to catch on in a big way in China. In 2020, two of China’s leading electric vehicle companies, Xpeng Motors and Li Auto, completed successful IPOs in New York. They joined industry rival Nio, which went public in 2018. And Chinese online property brokerage Beike Holdings debuted on the New York Stock Exchange in August, raising over 2 billion.

But SPACs may still have a role to play for Chinese companies. Notably, Beijing-based CITIC Capital raised around USD 276 million for a blank check company in February last year. The first Asian-sponsored SPAC of 2020 aims to purchase an unspecified target in the clean technology or energy sectors.

The investment vehicle’s pre-determined valuation protects investors in the downside market. During a SPAC listing, investors’ money is immediately placed in an escrow, earning marginal interest. If SPAC sponsors are unable to acquire a suitable target, investments are refunded.

Will Hong Kong be the second SPAC hot spot after the US?

This prompted the SEC to draft a set of harsh regulations, which could require foreign listed companies to adhere to US accounting standards, prompting a spree of homecoming IPOs on the Hong Kong Stock Exchange (HKEX).

JD.com and NetEase both listed in Hong Kong in 2020, while domestic semiconductor champion SMIC raised USD 7.5 billion via an IPO on Shanghai’s Star Market last July.

Hong Kong’s status as Asia’s preeminent financial hub is set to benefit from SPAC adoption throughout the region, as the HKEX is consolidating its position as the world’s second-largest SPAC market after the US. While Chinese companies may not be the primary source of SPAC listings on the Hong Kong Stock Exchange, the city’s bourse is increasingly attracting Southeast Asian unicorns for listings, bolstered by the MSCI options cooperation it signed in May last year.

However, the Hong Kong Stock Exchange doesn’t yet support SPAC listings. In fact, unlike the registration-based IPO system in the US, HKEX has higher due diligence standards for IPOs. Hong Kong’s exchange treats investment banks as sponsors whereas US regulators classify them as underwriters with less responsibility and accountability.

For HKEX to fully embrace the SPAC wave, it will have to amend regulations to allow blank check companies to list, which may prove difficult as the investment vehicle resembles an empty shell company, a structure used in reverse takeovers that plagued the exchange before they were clamped down in 2018.

Hong Kong’s stock market is not as sophisticated as the US financial markets. HKEX also has a sizeable tranche of retail investors in its IPO allocation structure who are less knowledgeable than institutional investors, and are subject to great risk if they pour money into SPACs with weak fundamentals.

For now, the US remains the hub of SPAC action, but the wave of activity has not gone unnoticed in Asia and could begin to manifest this year, as many highly valued tech unicorns in the region mature, spurred by growth in the digital economy brought on by the COVID-19 pandemic.