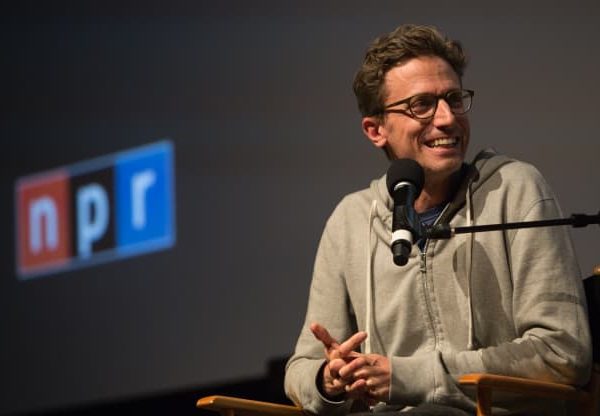 Digital media companies are ready for their close-up.

Bustle Digital Group, Group Nine, Vox Media, Vice Media and Buzzfeed have had recent conversations about going public via special-purpose acquisition vehicles this year, according to people familiar with the matter. Group Nine has taken a further step, actually launching its own SPAC to facilitate the process of digital media companies going public.

Before going public, the group of five will probably see some consolidation in coming months, according to Bustle Digital Group founder and CEO Bryan Goldberg, who said he’s in conversations with several SPACs. Bustle Digital Group has annual revenue of about $100 million and is looking to trade at about a $600 million valuation, he said. Its media properties skew toward a female audience and include Bustle, Elite Daily, Mic, Nylon and The Zoe Report.

“Of the five of us, I wouldn’t be surprised if five turns into three,” Goldberg said in an interview. “Maybe it’s five to four. I don’t think five will turn into one or two. These companies do merge well. They capture a lot of synergy on cost and revenue when they merge.”

SPACs have given digital media companies a surprising lifeline that didn’t exist a year ago. The sudden burst of blank-check companies, backed by individuals, private equity firms and strategic companies, has opened up an avenue to provide long-term investors with a way to monetize their investments. While most venture capital and private equity firms don’t like to hold investments for more than five or seven years, digital media companies have been a money pit — unable to find buyers and unwilling to go public with subscale revenue and limited growth stories.

Even nine months ago, the digital media industry was staring at a black hole of despair. The pandemic had robbed them of 20% to 30% of their advertising revenue. The companies responded with furloughs, layoffs and pay cuts. The hit to the industry came on top of a years-long trend of trying to generate growing, profitable businesses when Facebook and Google had sucked up nearly all of the internet’s advertising revenue. That dynamic, plus big media companies’ turn toward streaming video, left many founders wondering if there was an exit ramp for their shareholders. Buzzfeed’s Series A investors have been waiting for a return since 2008.

But as 2020 ended, digital media companies found their revenue had largely bounced back. Vox Media, Buzzfeed and Bustle Digital Group all ended the year as profitable companies, according to people familiar with the matter. While pundits have projected for nearly a decade that advertising dollars would shift from TV to digital properties, there’s evidence that that has finally started to happen as cord cutting accelerated. Digital ad spending increased 10% in 2020, while linear formats, which include traditional pay TV, fell 16%, according to research from IPG Mediabrands’ Magna, which is part of Interpublic Group. Some brands have also shifted advertising spending to digital media companies, and away from platforms, given concerns about brand safety.

The struggles of the industry over the last five years have made digital companies relatively “lean and mean,” Goldberg said. Paradoxically, having a more mundane growth story to tell investors may work in favor of the industry for a class of investors who want to invest in profitable companies trading at 6x revenue instead of companies like DoorDash or Snowflake, which are trading at multiples near 50x revenue, he said.

“Digital media companies have had to mature and grow up — maybe more than SAAS [service as software] or fintech, who haven’t had to focus on cost cutting or profitability,” Goldberg said.

Group Nine launched its SPAC on Jan. 15 with $230 million of cash, but the blank-check company doesn’t include the assets of Group Nine, which consists of websites such as The Dodo, Thrillist and NowThis. Instead, the SPAC’s intention is to be a roll-up entity for several digital media companies — which would then merge with Group Nine, as outlined in the SPAC’s S-1.

Buzzfeed is one of the companies Group Nine’s SPAC is targeting, according to two people familiar with the matter. Group Nine and Buzzfeed have some significant personnel overlap. Kenneth Lerer, who co-founded Buzzfeed with current CEO Jonah Peretti, is the father of Ben Lerer, founder and CEO of Group Nine. Both Lerers are managing partners at Lerer Hippeau, an early investor in Buzzfeed, and another partner, Eric Hippeau, is on the Buzzfeed board. Buzzfeed also recently acquired HuffPost — which, like Buzzfeed, was co-founded by Kenneth Lerer and Peretti.

Buzzfeed and Group Nine have discussed merging before, the people said. Ben Lerer has told investors he doesn’t need to be CEO if Group Nine mergers into its SPAC — potentially allowing Group Nine to merge with Buzzfeed while keeping Peretti running the company, the people said.

Beyond Buzzfeed, the Group Nine management team and advisors are looking at about 20 targets as potential roll-up candidates, according to people familiar with the matter. Their thinking is any publicly traded digital media company needs at least $500 million in annual revenue to be an interesting investment for sponsors and hedge funds. Buzzfeed generated about $300 million in annual revenue and $30 million in adjusted EBITDA this year, in large part due to a burgeoning e-commerce business, according to a company spokesperson.

Group Nine is also waiving the “promote” as part of its SPAC. Typically, the SPAC sponsor would take 20% of the founder’s shares as part of the deal to go public. If Group Nine merges with its SPAC, it won’t take 20% of the target, making its SPAC a more appealing option for company founders who want to avoid dilution.

Digital media companies have known for years that they need more scale to be viable counterweights to digital platforms with billions of users and tens of billions in revenue, like Google, Facebook and Amazon.

But they’ve had little luck executing the kinds of mergers necessary to reach this scale.

Private mergers are often difficult because no cash changes hand, and both buyer and seller need to agree on which company’s currency will be used as stock moving forward.

SPACs — which will have hundreds of millions of cash on hand — will convince some founders who otherwise would have balked at selling, Goldberg said.

Still, even after a round or two of consolidation, many companies may not have the scale to succeed as publicly traded companies, said Jessica Lessin, CEO and founder of The Information, a technology-focused digital media company.

“The bottom line is most of these companies are not big enough or profitable enough to be publicly traded companies,” said Lessin. “Many of them are out of options, having raised private money at huge valuations.” Lessin added that she has no interest in taking The Information public but is looking for small acquisitions to broaden her publication’s appeal to corporate clients.

Vice Media is the poster child for digital media raising at an inflated valuation. Vice raised money from private-equity fund TPG at a $5.7 billion valuation in 2017. If it trades at 6x revenue, it would be valued around $4 billion as a public company, according to a person familiar with the company’s finances.

Still, Vice may be in a different category than other digital media companies because it’s large enough to trade publicly without merging for scale, the person said. Vice isn’t interested in acquiring Bustle, for example, but is looking for global scaled businesses to launch new product lines and services that are complementary with its current brands (which include Refinery29, acquired in 2019), said the person.

A Vice spokesperson declined to comment on specific M&A targets.

“Be careful what you wish for,” said Paul Bernstein, vice chair of Venable LLP’s entertainment and media group.

“There is a lot of downside to being a public company. This may be a happy ending for some early VCs, but it’s also true that all of the reasons that worked against these companies going public earlier are still there.”

Lessin noted that Facebook and Google are still the dominant players in digital advertising. Facebook generated about $70 billion in advertising revenue in 2019. Google took in more than $100 billion. Digital media companies are tiny blips on the radar and “still very much dependent on those platforms,” she said.

Demand Media went public in 2011 and initially soared to a valuation of more than $2 billion — more than The New York Times at the time. But changes to Google’s search algorithm hurt the company’s advertising revenue, and the stock plummeted. Demand Media changed its name to Leaf Group in 2016 and currently has a market capitalization of about $200 million.

And while SPACs are fashionable after successful launches from companies such as DraftKings and Virgin Galactic, they’ve historically been used for companies that have been unable or unwilling to IPO, Lessin said.

“That is a warning sign,” said Lessin. “There is still big question around scale, profitability, growth for long-term investors.”

Still, not all digital media companies are the same. Buzzfeed is “very impressive” and may have an investor story that will attract long-term shareholders, said Lessin.

“The duopoly myth is starting to crack,” said Goldberg. “Snap and Pinterest are doing well. Major ad spenders want to diversify. Right now is a good moment for digital media.”