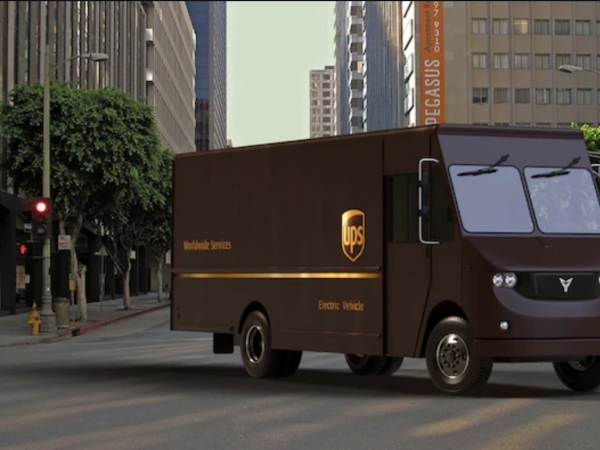 SPAC NextGen Acquisition Corp. jumped as much as 40% on Monday before paring gains after a Reuters report suggested the company is in talks to take the EV truck-maker Xos Trucks public.

According to Reuters sources, the special purpose acquisition company is in discussions with investors about raising financing for the deal and an agreement could be announced as earlier as this month.

Insider’s request for comment from Xos and NextGen went unanswered, and the companies declined Reuters’ request from comment.

NextGen was formed by ex-Goldman Sachs banker George Mattson and ex-Carlyle Group chairman Gregory Summe, who raised $375 million in an IPO back in November. The company has been looking for a partner to take public ever since, and with EVs booming, Xos is a solid option.

Xos, previously known as Thor, creates state-of-the-art electric commercial vehicles that focus on reducing operating costs for clients. It boasts its own operating system and customers like UPS and the cash handling company Loomis, among others.

The reported deal between NextGen and Xos takes advantage of two of the most popular trends in the markets today: SPACs and EVs.

A special purpose acquisition company, or SPAC, is a ‘blank-check’ firm that doesn’t have any business operations of its own. Rather, SPACs goal is to merge with private companies using funds from their initial public offerings (IPOs). This allows the private company to skip the burdensome regulatory procedures that can slow a public offering.

In the past, SPACs were a rare phenomenon not usually seen in the markets, however last year saw a boom in SPAC offerings. In fact, 219 SPACs raised $73 billion in proceeds in 2020, representing a year-over-year jump of 462% which outpaced traditional IPOs by $6 billion.

High-profile companies that have gone public via SPACs include Virgin Galactic, DraftKings, and Nikola.

Xos competitor Proterra also announced it has a SPAC deal in the works with Chamath Palihapitiya’s ArcLight Transition Corp. last month. That deal valued the newly combined entity at $1.6 billion.