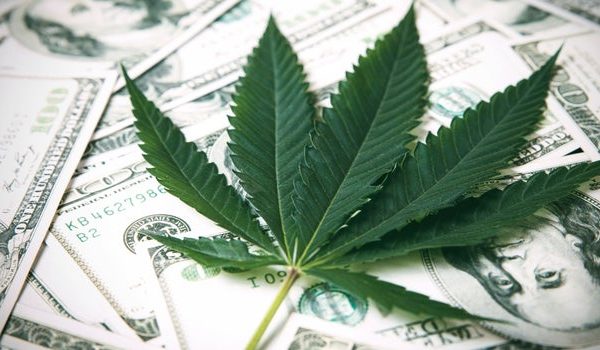 What is a SPAC?

Special Purpose Acquisition Companies, known as SPACs, are companies with no commercial operations set up by investors, and which exist for the sole purpose of raising money through an initial public offering (IPO) to eventually acquire another company.

Sometimes known as “blank check companies,” SPACs are typically formed by a private equity sponsor that lists its common equities on a public stock exchange through an IPO, with the eventual goal of combining with private businesses. This creates a “back door” into the public markets since these private enterprises don’t need to go through the expense and hassle of their own IPO. Once public, a SPAC typically has two years to complete a deal or they must return their funds to investors. This timeframe for a business combination, the requirement to hold public money in trust, and other technical matters pertaining to a SPAC transaction are set contractually and by specific rules of the Securities and Exchange Commission (SEC).

In the U.S., the volume of SPAC activity has gone in waves. For example, SPAC activity significantly slowed during the financial crisis in 2008. In 2020, the SPAC wave swelled—with the COVID-19 pandemic being one of the factors.

In contrast to the U.S., the international SPAC market has mostly been sparse. Canadian investors and entrepreneurs tried to model a SPAC structure off of the U.S. system, but a more limited institutional appetite hampered the efforts. Until the last few years, there has been little SPAC activity in Canada; however, this has recently changed due to the increased presence of cannabis SPACs in Canada.

Why Cannabis? Why Canada?

In practice, private equity sponsors that form and back SPAC IPOs usually have a target industry in mind; however, a SPAC is not required to identify this target industry. With the evolving nature of cannabis legality in U.S. jurisdictions and the push towards federal legalization, some entrepreneurs in the cannabis space are considering SPACs as an early means of entry into the capital markets.

A SPAC must go through several regulatory hurdles before listing on an exchange such as Nasdaq or the New York Stock Exchange (NYSE). Among other things, a SPAC, its managers, and the FINRA-registered bankers who sell the SPAC to institutional investors must be able to demonstrate compliance with federal law as part of the listing application process. As cannabis remains federally illegal in the U.S., Nasdaq and the NYSE have made it clear that they will not accept listings of plant-touching entities, despite state law compliance.

As a result, investors and entrepreneurs have increasingly turned to the Canadian markets, where cannabis has been federally legal since October of 2018 and traded on certain exchanges before then. In particular, the Canadian Stock Exchange (CSE) and the TSX Venture Exchange (TSX-V) have listed U.S. and Canadian cannabis entities through reverse takeover transactions (RTOs). Like SPACs, an RTO involves an existing “public shell” merging with and into a private target. More recently, cannabis entities have been listed directly on the more extensive Toronto Stock Exchange and the NEO Exchange.

In contrast to the NEO, the other Canadian exchanges either do not permit SPACs (or SPAC equivalents) or do not permit operations in violation of US federal law:

A full list of current cannabis SPACs can be found at the end of this article.

Why Are Cannabis SPACs in the News?

SPACs were one of the big financial stories of 2020, given that they raised billions of dollars in the second half of the year. And apparently, everyone is in on the trend. Shaq has a SPAC. Richard Branson has a SPAC. Paul Ryan and Billy Beane (the “Moneyball” guy) have SPACs. Colin Kaepernick started a social justice SPAC.

Given the amount of money flowing into SPACs, it’s not surprising that the cannabis industry turned to this new trend for financing. After all, until recently, when a flurry of financings followed the Democrats taking control of the Senate, much of the funding available for cannabis had dried up since the boom times of capital markets activity in 2018.

Due to federal illegality, U.S. plant-touching entities have generally been prohibited from trading on Nasdaq or the NYSE. (Non-U.S. cannabis companies in full compliance with all applicable jurisdictional laws have not faced the same scrutiny, explaining why companies such as Tilray have enjoyed largely unfettered trading on Nasdaq.) Exchanges have been less certain about whether or not to prohibit the listing of cannabis “ancillary” companies, which aim to acquire non-plant-touching companies within the industry, including companies engaging in technology, professional services, and equipment/storage.

The first cannabis ancillary SPAC deal was MTech Acquisition’s acquisition of MJ Freeway, announced on October 11, 2018 and closed on June 17, 2019. The resulting issuer traded on Nasdaq was renamed Akerna.

The first cannabis plant-touching SPAC deal was Canaccord Genuity Growth Corp. and Columbia Care LLC’s business combination. It was announced on November 21, 2018 and closed on April 26, 2019. The resulting issuer, now called Columbia Care Inc., traded on the NEO. Subsequently, Columbia Care announced it would be dual-listed on the CSE.

Towards the end of 2020, the cannabis SPAC trend really took off with two major deals. On November 24, 2020, Subversive announced a deal that would combine Caliva, Left Coast Ventures, and Jay-Z’s cannabis company MONOGRAM. This deal closed on January 15, 2021 and is the largest cannabis SPAC deal to close to date. The resulting issuer, The Parent Company, trades on the NEO.

The second major deal of 2020 occurred on December 10, 2020, when Silver Spike announced a deal with Weedmaps, which would value the ultimate company at $1.5 billion. This transaction has not yet closed.

How Do SPACs Serve a (Hopefully Formerly) Capital-starved Industry?

The flurry of capital markets activity in the industry, buoyed by a billion-dollar bonanza on the Canadian capital markets in 2018, came with a high cost. Suddenly, publicly-listed cannabis entities—many of whom still had limited operations in only a few jurisdictions—faced investor pressure to find accretive targets quickly. A rush to find assets, mixed with both supply shortages on the sale-side and the relative lack of sophistication and operational history on the side of available targets, quickly led to overpriced deals burdened with regulatory scrutiny and little actual upside in operational expansion. Within a year, many of the successful IPO/RTO entrants had become cash-strapped.

This downward trajectory affected share prices, which affected value, and made institutional investors already wary of investing in this risky space more cautious about pursuing investments lacking “hard” metrics like EBITDA and the possession of valuable licensed assets. Investors and lenders then shifted their focus to smaller, cash-positive operations (to the extent such enterprises survived the RTO-acquisition boom).

With wary investors and a minimal number of FDIC-insured bank lenders in the space, cannabis entrepreneurs are running out of options to raise capital. SPACs create a unique opportunity to fill the current vacuum of capital in the cannabis industry—an industry with an upside that may be yet to come.

Investors may be starting to feel a turning of the tide. On the heels of Democratic control of the Senate, prominent cannabis companies have taken advantage of investor demand, with $1.6 billion of financing deals announced or closed in January.

How Does a SPAC Structure Benefit a Cannabis Entrepreneur?

The two-year lifecycle of a pre-acquisition SPAC may allow for accretive optimization in an industry where financial opportunities, regulatory hurdles, and business metrics are in a constant change of flux. Now, let’s look more closely at how the SPAC timeline typically plays out.

In a process that can take approximately 3-6 months, a SPAC sponsor can work with an underwriter bank to file a registration statement, “test the waters” using a roadshow presentation, and list on a U.S. exchange.

The IPO process includes approval by the exchange to list the blank check shares and a review of the registration statement by the SEC. A key part of this phase—both legally and from a marketing directive—is finding and putting in place the right management team to identify the eventual target and run the post-acquisition business.

During this phase, which begins immediately following the initial offering, SPAC management conducts target due diligence and engages in metrics analysis and benchmarking to identify a target roughly the size of the public capital raised during the IPO. Nasdaq rules require that the acquisition occurs with one or more target businesses that together have an aggregate fair market value of at least 80% of the assets held in trust, comprised of the IPO-raised and sponsor capital.

It is important to note that SPAC management may not legally identify any targets before the IPO. Following the IPO, besides targeting and locating the target, the SPAC must also maintain SEC compliance with regularly filed annual, quarterly, and periodic public filings.

SPACs typically also have a mechanism, discussed in their registration documents, allowing for an extension of the timeline to complete the business combination upon shareholder approval (though this period does not typically exceed 24 months).

Once the merger is completed, the private target is typically merged with and into an entity designated by the SPAC and becomes a publicly-traded company with full SEC filing obligations. Of note, the applicable exchange will, once again, have the opportunity to review and approve the entity’s shares listing at the time of the business combination to ensure the target business continues to meet all of the exchange’s listing rules, including federal compliance.

SPAC structure and timeline may be advantageous to a cannabis entrepreneur willing to think outside the box for traditional capital financing. Because the SPAC doesn’t need to detail the acquisition target industry at the IPO stage, and because it is prohibited to identify a target business at this stage, issuers have the luxury of time to find a target.

Given the changing landscape of cannabis legalization, this creates the possibility that a plant-touching business may be compliant with federal law by the time of a business combination. Absent this, the issuers can still focus on federally and state-compliant ancillary businesses, hemp operations, or international plant-touching companies when acquiring a target.

This timeline also allows cannabis industry insiders the opportunity to pursue high upside opportunities that are still in the early stages of operation, or even in the licensing and application stages. The prospect of securing licenses within the SPAC lifetime can result in exponential valuation, resulting in potential alignment with the available acquisition resources for the SPAC. Most importantly, following a business combination, a cannabis enterprise would have immediate access to capital, including on more robust U.S. markets. Such a timely capital infusion could benefit early-to-market listed entities immensely.

What are the Unique Challenges of Cannabis SPACs?

Of course, several obstacles stand in the way of a cannabis SPAC listing—including, primarily, approval of the applicable exchanges involved in the transaction. As stated above, U.S. exchanges, at the time of publication, have not been willing to list companies holding cannabis licenses in the U.S. But exchanges are becoming more and more comfortable with certain ancillary companies. The comfort level of an exchange concerning a specific deal may depend on the details of the target company’s operations.

All the typical challenges of cannabis M&A also apply to SPAC transactions. We don’t need to rehash all of these concerns in this article. For reference, some common issues in cannabis deals are discussed in these articles about Cannabis REITs and Due Diligence in Cannabis Transactions, and in this Cannabis M&A presentation.

Who Are the Players in the World of Cannabis SPACs?

The New Cannabis Ventures SPAC tracker is a useful resource for staying on top of cannabis SPACs—some of the above information was pulled from it.

Source: Vicente Sederberg – What is a Cannabis SPAC?