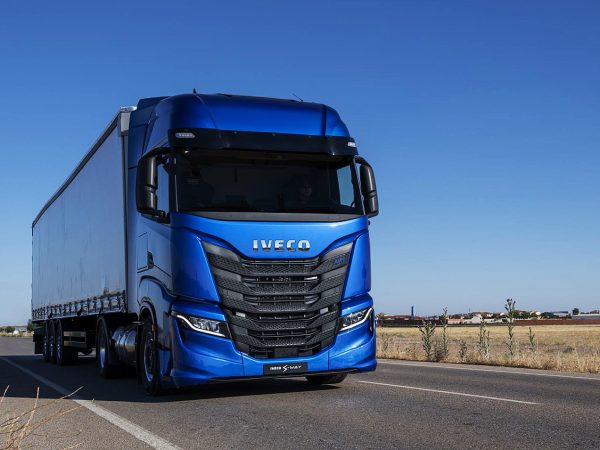 Rumors of the Cupertino, California-based startup aligning with a special purpose acquisition company (SPAC) have circulated for months. Bloomberg reported Friday that Plus is in talks with Hennessy Capital Investment Corp. V (NASDAQ: HCIC) in a deal that could be announced as soon as this week.

“We’re very open to all kinds of methods to raise capital and provide resources for further development of our technology and company,”  Plus co-founder and CEO David Liu told FreightWaves in a March interview. “We don’t comment on rumors.”

According to Bloomberg, Plus would be valued at more than $3 billion and raise $500 million to $600 million through Hennessy’s latest blank-check company, a shell that raises money from investors in an initial public offering to target a company for merger.

The latest Hennessy SPAC raised $345 million in a January IPO. More money could accumulate through a private investment in public equity (PIPE), where mutual and hedge funds purchase shares, typically priced at $10. They often receive a partial warrant for each share for later redemption at $11.50.

After a year and half in which more than 500 SPACs have launched, the Securities and Exchange Commission is scrutinizing warrant accounting and whether financial projections should get liability protection. Traditional IPOs are prohibited from making future revenue and profit projections.

Plus has raised $420 million in recent months, much of it from Chinese investors. It has a minority interest in a joint venture with Chinese-owned First Auto Works and begins production of Level 4 robot trucks in China this quarter. Each truck has a safety driver behind the wheel.

The latest $200 million funding round in February attracted new investors including Guotai Junan International Holdings and Citic Private Equity Funds Management Co. FountainVest Partners and ClearVue Partners co-led a $220 million expansion of the round in March.

Plus works with Chinese delivery company SF Holding Co., which uses its PlusDrive software stack on driver-monitored routes that can cover more than 900 miles a day. The company deals with four of the world’s top 10 truck makers, Liu said.

It recently signed a memorandum to work with Europe’s IVECO to equip its trucks with the PlusDrive system and is collaborating with Cummins Inc. (NYSE: CMI) to add its software to natural gas trucks made in the Cummins Westport joint venture.

Plus is one of at least six autonomous trucking software developers jockeying to lead in the technology that could eventually remove drivers from heavy-duty trucks operating on repeatable routes or in hub-to-hub arrangement.

Liu said that it could take billions of driver-monitored miles to assure driverless trucks are safe.

San Diego-based TuSimple Holding (NASDAQ: TSP) went public in April at a valuation of about $8 billion. Its shares have traded slightly below the $40 where they traded at their debut.

TuSimple operates 50 Level 4 software-equipped trucks with safety drivers that haul freight in the southwest U.S. It plans a fourth-quarter driverless pilot in Arizona. The company is developing a self-driving Class 8 truck with Navistar International Corp. (NYSE: NAV) targeting deliveries in 2024.

Others competing to lead include Alphabet’s (NASDAQ: GOOGL) Waymo Via, whose technology was adapted from the Google self-driving car project. It is developing its fifth-generation software system for Daimler Trucks (OTC: DDAIF). Aurora Innovation is working with Volvo Group (OTC: VLVLY) and PACCAR Inc. (NASDAQ: PCAR) on self-driving trucks. Startups Embark Trucks and Kodiak Robotics Inc. are deep in Level 4 technology testing and moving revenue-generating loads from Arizona to California and in Texas respectively.