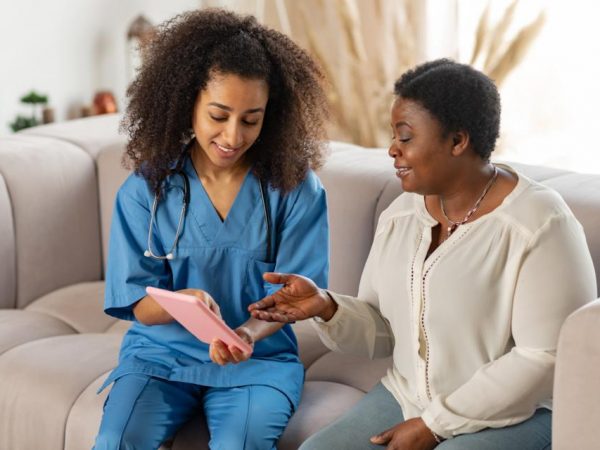 Special purpose acquisition companies (SPACs) have risen to immense popularity in the past 12 months. Many are becoming more intrigued by senior-focused investments as well.

Ultimately, that could lead to a shift in the home-based care M&A environment.

SPACs — sometimes referred to as “blank-check companies” — offer an alternative to the traditional route of going public. After raising money through an IPO, rising SPACs search for private companies as acquisition targets.

After the merger is completed, the acquisition target becomes a listed stock.

Currently, there are 28 new SPACs hitting the market on a weekly basis, according to Seeking Alpha. There have been hundreds of them created in just the last few years, and a bevy of those have expressed at least some interest in health care, according to Mark Kulik, the managing director of M&A advisory firm The Braff Group.

“SPACs have been born of age the last couple of years, getting a lot of attention and spotlight,” Kulik told Home Health Care News. “With that being said, there has not been anything major happening — to my knowledge — in the health care services space thus far. They have stepped in some other areas, such as products or pharmaceuticals, but nothing in the services space yet.”

Aveanna Healthcare Holdings Inc. — an in-home care company that historically has specialized in caring for complex pediatric patients — just went public, for example. Yet Aveanna still opted for the traditional route, through the filing of a $100 million IPO.

“It remains to be seen if SPACs are going to have a place or will have an impact on health care services going forward,” Kulik said.

There is some anecdotal evidence to suggest that they may have some sort of impact sooner rather than later, however.

Richard Burke, the founder of UnitedHealth Group (NYSE: UNH), announced that he was launching his own SPAC late last year. Burke wanted to reach a $300 million public offering, ideally for a company with focuses in senior care — and home-based care in particular.

Dubbed “Senior Connect Acquisition Corp.,” the Scottsdale, Arizona-based SPAC is planning on capitalizing off of the tailwinds that shift-to-home health care trends and an aging U.S. population provide. Specifically, Burke’s idea of the company would be one that keyed in on social determinants of health (SDoH), among other home-based care services.

In terms of relevant SPACs already on the market, there’s San Francisco-based Clover Health (Nasdaq: CLOV), which is a Medicare Advantage (MA) insurer that has an in-home focus.

Additionally, on the health care services end, there’s ATI Holdings Acquisition Inc., a Bolingbrook, Illinois-based rehabilitation therapy services provider that is supposed to go public through a SPAC by year end, according to an S&P Global Ratings SPAC analysis shared with HHCN.

The analysis acknowledged that there have been health care SPAC deals that have failed to close in recent years for different reasons, including Universal Hospital Services Inc. and Envigo Holdings Inc.

But that hasn’t stopped SPACs from trying. There are still plenty of them searching for the right company to advance their health care vision.

Fitting into the SPAC format

The SPAC process involves a great deal of matchmaking, and there are many factors involved. Those factors include leadership on the SPAC side, technological capabilities on the seller side, and anything else that each party thinks the other can do to advance the success of a shared endeavor.

From a home-based care perspective, SPACs may not be as attractive from a capital standpoint compared to other industries, Kulik said.

“Typically, the health care services are not capital intensive,” Kulik said. “You’re not buying land, factories or inventory. You’re not designing something that requires a staff of 1,000 people. And there’s also excellent cash flow, because normally, if you follow all the rules, Medicare and Medicaid, they pay timely and very well with little bad debt. So there’s not a lot of capital, and that’s traditionally what most companies look for when they go public — access to the capital markets.”

There are other elements that may be attractive, though.

That could range from the chance to work with new thought leaders forming SPACs or access to proprietary tools that could benefit the company in the long run.

“Is there some specific knowledge relative to the future of government programs that the SPAC may bring to the table?” Kulik said. “Is there any sort of synergies with technology that the SPAC has access to, like predictive analytics or artificial intelligence? Those kinds of things would certainly get a CEO of a company more excited and interested in the idea, more than just a lot of money that could be invested.”

There are plenty of skeptics of the SPAC boom. Some insiders believe that there is a bubble being formed, and that SPACs are often getting unrealistic valuations.

A recent study published in Social Science Research Network suggests that costs built into the SPAC structure are “subtle, opaque and far higher than has been previously recognized.”

“This implies that SPAC investors are bearing the cost of the dilution built into the SPAC structure, and in effect subsidizing the companies they bring public,” the study authors wrote.

Despite the uncertainty, SPACs offer a new and intriguing way to shake up the health care — and possibly home-based care — spaces. After all, M&A activity has been robust in home-based care and strategies are shifting.

“[Senior care] could be a major focus for SPACs moving forward,” Kulik said. “I just think there’s a lot of strategy going on right now. For example, the HCA Healthcare-Brookdale Senior Living deal is a big change. Or you look at what [Humana is doing]. That’s a big change. There are some major things going on, major strategy changes going on, concurrent with the SPACs being prevalent out there in the marketplace today.”