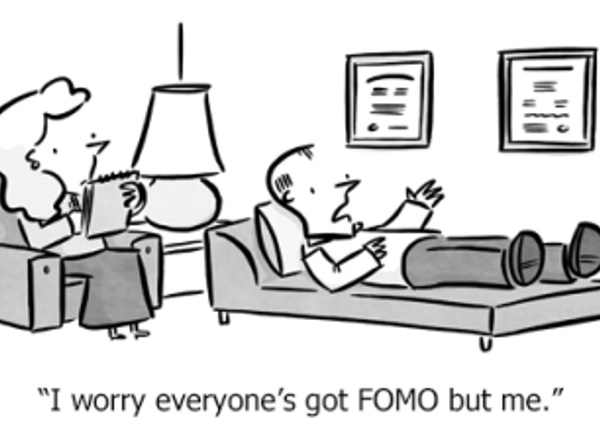 As with most financial market crazes, the fear of missing out motivates buying and selling en masse. The market’s current fantasy with special-purpose acquisition companies (SPACs), a financial instrument mired in a suspicious past, may just be another instance of this phenomenon. SPACs are different from your average market craze, however, because they offer a unique opportunity to take advantage of previously restricted returns.

SPACs, or special-purpose acquisition companies, are companies that go public to deploy their raised private capital by acquiring  existing companies. These companies are often referred to as “blank check companies:” a reference to the fact that SPACs rarely list their intended acquisition target. Initially, however, blank check companies were not synonymous with SPACs; rather, they were associated with fraudulent activities in the penny stock market. Below, I will briefly address one of many such activities which ultimately provided the impetus for the SPAC innovation.

A famous example of a fraudulent blank check is Onnix Financial Group, formed by the duo Arnold Kimmes and Michael Wright (who together formed more than 70 blank check companies from 1984 to 1987). Following an SEC investigation in 1989, it was found that false forms were filed for the registration of Onnix and that all IPO shares were purchased by nominees of Kimmes and Wright using private  funds. Effectively, therefore, Kimmes and Wright owned the entirety of Onnix before and after the initial public offering (IPO).

The Onnix IPO appeared to be a  success, issuing 1.25 million units at $0.20 apiece with each unit comprising 10 common shares and 40 warrants, or contracts to purchase further shares at an agreed upon price. After a surprise 1986 stock split that resulted in a total of 25 million shares outstanding and 100 million warrants and the 1987 mass execution of all warrants (resulting in 125 million shares outstanding), all shares were sold to Blinder, Robinson & Co., one of the nation’s largest penny stock brokerages, at a price of $0.02 to $0.025 per share. This resulted in a profit of over $2.6 mm for Kimmes and Wright, which they reaped by selling essentially nothing. However, Blinder was in on the scheme, and they proceeded to resell shares to unsuspecting retail investors at a 30% to 112.5% markup, disposing of all shares in two days for an alleged profit of a further $3.1 mm.

The Birth of SPACs

Penny stock and blank check company manipulation spun so far out of control that the SEC formed the Market Manipulation Task Force in 1988 to identify crooked companies. The force was shortly followed by the 1990 Penny Stock Reform Act, which required blank checks to “provide timely disclosure(s)… regarding the company to be acquired”, and Rule 419, which required 90% of funds raised to be held in escrow and gave shareholders the right to rescind their investment post-announcement of a combination. A small statutory definition loophole in Rule 419, however, which defined a criteria of blank check status as being a penny stock company, allowed for the creation of SPACs in the 1990s by David Nussbaum of GKN Securities. SPACs were essentially hybrid non-penny stock blank check companies that mainly complied with the restrictive covenants of Rule 419. However, because they were non-penny stock, they did not fall under Rule 419 jurisdiction and remained just as regulated as a traditional stock offering.

The main compliance differences between official Rule 419 companies and SPACs was that the time to identify a viable acquisition was extended to two years from 18 months and shares of SPACs were permitted to be traded prior to acquisition. Following successful SPACs created by GKN Securities without fraudulent red alarms blaring, SPACs were officially here to stay.

By construction, SPACs are generally more straightforward than the traditional IPO method. The going-public negotiation process of private companies is simplified into an agreement between the acquirer (SPAC) and the target. One reason for their popularity over IPOs in recent times is that IPOs tend to be an expensive, drawn-out process associated with a mountain of underwriting and legal costs. In contrast, SPACs are cheaper than IPOs due to the streamlined listing process. Additionally, from the to-be public company’s perspective, IPOs are not  value maximizing; underwriters have a history of pricing IPOs at a discount. In other words, the initial price typically undershoots the first-day closing price, suggesting that the IPO could have been priced higher. The average IPO “leaves $9.1 mm on the table”, which means companies are potentially not receiving an amount often equal to a few years worth of net income. Put in another way, over the past 10 years ending in 2019, the first day price appreciation of IPOs is 17%, amounting to over $43 billion of forgone profits.

An Anesthesia for FOMO

Another explanation for the popularity of SPACs is that they offer retail investors a window into the coveted private equity returns that have been traditionally almost exclusively enjoyed by institutional investors.

As seen by the above graphic, investors using traditional IPOs have been locked out of the enormous pre-IPO profits reaped by attractive companies. This has resulted in lost financial opportunities in many cases; Facebookgrew to $117 bn over its first  eight private years!

This “fear of missing out” of private market returns has been further amplified by the growing reluctance to go public, partly due to avoidance of the IPO headaches referenced previously and partly to expand “dry powder” available for private companies. As the demand for these returns amplifies, SPACs come rushing in with a proposed solution: hybrid blank checks can help bring reluctant private companies to the public markets earlier while giving priority to retail investors.

As a result, in the aftermath of the Recession, SPACs have been all the craze. 2020 proved to be a record breaking year for SPACs, with a total of 248 SPACs going through an IPO. Even still, 2021 appears well on its way to beat that number, with already 160 SPAC IPOs in the span of two and a half months.

In principle, SPACs are a tool for redistribution: reallocating private market returns away from institutional investors and into the hands of the people. However, despite the obvious positives for retail investors, given that the SPAC predecessor was an agent of fraud, people should be skeptical about all the promises these “blank check” companies are making. Hopefully, more will be skeptical of the hype and choose to allocate their money carefully, possibly in a SPAC with terms where its creators don’t receive large amounts of “promote” shares and are thus, not incentivized to acquire below-par businesses in a short period of time.