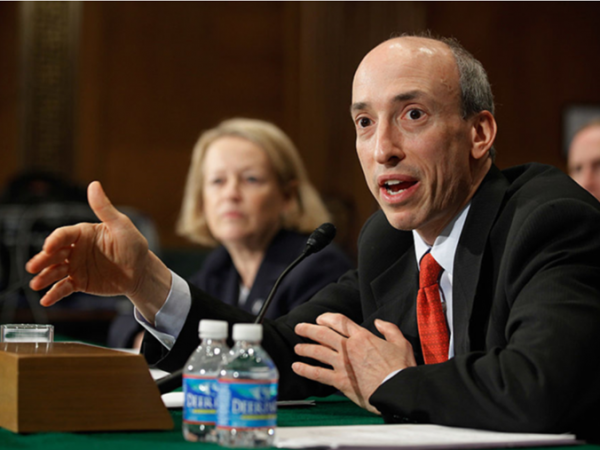 The SPAC market has cooled considerably in recent weeks, with companies that went public by merging with a blank-check entity trading well off their highs, and a growing number of regulatory hurdles emerging for an investment strategy that often dominated financial news headlines in 2020.

The drama is almost certain to impact the private equity industry.

Earlier this week, the SEC announced that a number of SPACs have misclassified warrants sold in IPOs as an equity rather than a liability, marking the latest sign new SEC chair and longtime Wall Street critic Gary Gensler plans to keep a watchful eye on what has become one of the industry’s favorite investment strategies. In the meantime, blank-check IPOs have essentially come to a halt as investors await further guidance.

What does that mean for private equity?

On the one hand, PE firms have used SPACs to take companies public for several decades. The Gores Group, a Los Angeles-area firm run by Alec Gores, was an early adopter of the strategy. And industry heavyweights including Apollo Global Management, KKR and Bain Capital have all recently registered SPACs of their own, with Apollo filing to raise $400 million for its latest blank-check company last month.

Earlier this week, Altimeter Capital, an investment firm specializing in growth-stage VC deals, agreed to acquire Grab, a Singapore-based ridesharing and delivery company, in a reverse merger with its blank-check entity, Altimeter Growth. The deal gives Grab a pre-money valuation of around $35 billion.

Indeed, PE firms have played a starring role in the SPAC frenzy, with proponents touting the advantages of being able to sidestep the laborious, costly IPO process to take a company public and easing the burden of finding new buyers for portfolio companies. New regulations, however minimal, will likely be met with disdain by some.

But SPACs have also threatened PE deal flow, with multiple bidders driving up asset prices. Limited partners have also raised questions about possible conflicts of interest when private equity firms opt to sponsor their own SPACs, according to PitchBook’s latest US PE Breakdown report. Earlier this year, PIPE financing reportedly collapsed for a deal in which Vista Equity Partners tried to merge a trio of its portfolio companies with a SPAC sponsored by Apollo.

Limited partners have also wondered why private equity firms have chosen to do SPAC deals, rather than use flagship funds to back those acquisitions, expressing concern that their management fees are going toward deal team salaries.

In other words, a SPAC pullback could ease investor concerns and diminish the number of competitors for a finite number of targets. Both would be positive developments for PE.

Plus, critics of the lack of oversight for SPACs have grown louder over the past few months after a pair of companies that went public via SPACs—Clover Health and QuantumScape—were accused of misleading investors in reports from research firms Hindenburg Research and Scorpion Capital, respectively.

The string of negative headlines over the past few weeks has interrupted the SPAC market. But that could end up helping private equity firms if they stay away from what might prove to be a blank-check bubble.

Private equity has already devoted millions to clean up its image after its role in a series of high-profile bankruptcies over the past few years. Does it really want to double down on an investment tool that’s already drawn the ire of regulators?

Source: PitchBook News – Will private equity get caught up in a SPAC showdown with regulators?