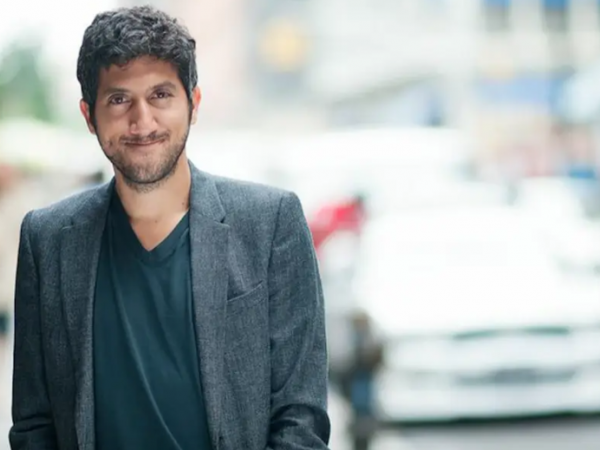 The deal, which the pair say will value Taboola at $2.6 billion, is expected to bring in $545 million in cash for the New York-based adtech firm.

Taboola joins a ballooning list of companies using SPACs as a vehicle to go public in recent months. There were more than 221 SPAC initial public offerings (IPOs) in 2020, up from just 59 in 2019, according to the SPAC data and research platform SPAC Analytics. SPACs, also known as “blank-check” firms, can offer companies a quicker route to the public markets and less of the scrutiny and costs involved in a traditional IPO.

Taboola is the company best known for placing its “content you may like” advertising widget at the bottom of articles and homepages on the sites of publishers including Bloomberg, NBC, and Insider.

Taboola CEO Adam Singolda told Insider that the company plans to use the proceeds from the transaction to expand to new areas, such as ecommerce and gaming, and beyond websites and apps to platforms such as connected TVs and in-car entertainment systems.

The company intends to spend $100 million on  research and development projects in 2021 and acquisitions in those areas are likely on the cards, Singolda said.

“When you’re public, you have the currency to have great conversations with good companies about a value exchange,” Singolda said.

Taboola generated more than $1.2 billion in gross revenue — or $375 million, minus traffic acquisition costs — and around $34 million in operating profit in 2020, according to a company press release. The merger will bring the total cash and cash equivalents on its balance sheet to more than $600 million. The company employs about 1,400 people.

News of the deal comes just four months after a proposed merger between Taboola and fellow content recommendation company Outbrain fell apart. The transaction had dragged through the regulatory process and imploded after the pair disagreed on deal terms.

Some publishers had also expressed reservations that a combined Taboola-Outbrain could lead to downward pricing pressure as the two fierce competitors would no longer duke it out to secure the most valuable publisher contracts. (Outbrain is also reportedly seeking to go public, according to Israeli news site Haaretz.)

Singolda said his publisher and advertiser clients should look favorably on Taboola as public company, which will trade under the stock ticker symbol “TBLA”.

“I hope that for [publisher] clients, it means we want to be here forever and they can look at us in a more transparent way than before,” Singolda said. For advertisers, he said, Taboola’s investments will help it “expand into other types of budget — ecommerce, video, games, app downloads — hopefully to more touchpoints [in the advertiser] organization.”

About $259 million of Taboola’s raise will be derived from the proceeds of ION’s IPO on the New York Stock Exchange in October last year. The remainder will come from additional investors as part of the PIPE (private investment in public equity) transaction. Investors in the PIPE include Fidelity Management & Research Company, Baron Capital Group and Exor’s venture arm Exor Seeds.

“We are playing into a dozens and dozens of billions of dollars market on the open web,” Shany told Insider, referring to the amount of money advertisers are projected to spend on digital advertising each year on platforms and sites other than Google and Facebook.

Content recommendation companies’ advertising widgets have often been ridiculed in the ad industry and beyond, due to their prevalence of low-quality ads hawking sketchy belly fat cures or peculiar articles that claim to show what a childhood movie star looks like now — but only after the user has clicked through several pages of slideshow packed with ads.

Asked if this reputation could impact investors’ perceptions of the company, Shany said that Taboola has shown a “consistent trend” of improving the quality of its content and advertisers.

Singolda added that Taboola reviews around 500,000 articles each week and that it will continue to grow the size of its content moderation team.

“There’s an opportunity to use this [investment] resource to build a champion of the open web, with the right safeguards,” Singolda said.

Source: Business Insider – Taboola is going public via a SPAC, aiming to raise $545 million to expand its content recommendations to TV, cars, gaming and ecommerce