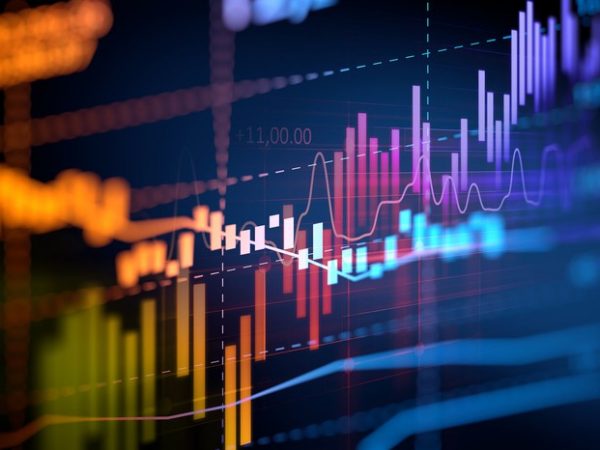 Blank check companies have been hot this year. As we close out 2020, here are the year’s top SPACs.

This year has seen an incredible increase in interest surrounding special purpose acquisition companies (SPACs). In fact, many companies have come to the market via this path. These companies do not have operations, but instead exist to raise capital via an initial public offering (IPO) to fund the company they merge with.

Now, many SPACs have gone public in 2020 and proven to be successes. Additionally, many exhibit significant potential and have yet to pop. Others are still in the search phase and are actively seeking a target firm with which to partner.

The seven stocks below possess all the hallmarks of a solid SPAC pick. They have the potential to provide significant returns for investors as the year draws to a close.

DraftKings is all about sports betting and went public back in April via Diamond Eagle Acquisitions. DKNG stock began the year under $11 per share, closed as high as $63.78 in early October and now currently trades at nearly $53. Year-to-date (YTD), that’s a price appreciation of 393%. But most importantly, DKNG has not experienced the post-merger decline that usually plagues weaker companies that go public via SPACs.

So, the market is wide open and still very young. DraftKings has been a great success story within the SPAC space and the markets at large. As the company matures along with the sports betting industry, it will improve its operations. DKNG posted a net loss of nearly $578 million through the first three quarters of 2020. However, the momentum of the industry should allow this company to reach profitability in the future.

Flying Eagle Acquisition just took SKLZ stock public on Dec. 16, making it the most recent name on this list of SPACs.

Skillz is a company that operates in the burgeoning mobile gaming industry. It focuses on competitive mobile gaming and boasts 30 million players and $60 million in monthly prizes from tournaments. What’s more, the company also hosts over 13,000 developers.

Part of the business proposition of Skillz is that it provides a platform for developers to showcase the games they’ve made — projects that might otherwise go entirely unnoticed. Very few games become breakthrough successes. That means that the majority of games, as well as those who developed the them, don’t.

So, the company provides a platform for that talented majority who just don’t get noticed.

CIIG Merger will use the proceeds from its CIIC stock IPO to merge with and fund an electric vehicle (EV) maker called Arrival. At the time the IPO is issued, CIIC stock will become ARVL stock and trade on the Nasdaq Exchange.

Based in the United Kingdom, Arrival and its products are exciting. But what also makes this pick one of 2020’s best SPACs is simply the timing. Data indicates that it may be a great time to purchase CIIC in the lead up to its Q1 2020 IPO. This year has proven that SPACs tend to rise prior to the new stock going public. The data on their post-merger performance is less compelling. However, as a short-term play, CIIC stock should certainly be on investors’ radars.

Plus, Arrival already has 10,000 preorders for its vehicles from UPS (NYSE:UPS). It also has manufacturing set up in the U.K. and opening in the United States, making it further along than many of its SPAC peers at the same time in their evolution.

Virgin Galactic is a SPAC-funded, publicly traded company which had its IPO back in late 2019. So, technically the company isn’t one of the 2020 SPACs — but it is one operating through 2020.

The company provides (or will provide) commercial human space flight. That’s the reason I think it’s one of 2020’s best SPACs: it simply represents a new paradigm. Are there companies with stronger fundamentals? Absolutely. For instance, in Q3, the company recorded a net loss of $77 million and a net loss of $63 million in Q2. So, it’s clear SPCE has lots of operational improvements to make. But no other public companies are doing what Virgin Galactic does.

Virgin Galactic was scheduled to make its first test flight in November, but it had to push the event back due to Covid-19. Still being in its infancy and testing phases, the company will surely continue to rack up operational losses. That has to be an incredibly capital-expenditure-heavy endeavor.

But it makes sense for investors to get behind this company early on. Wall Street is certainly a fan of SPCE stock, despite the fact that it is losing money. That’s because there’s simply so much growth ahead of this company.

Next on my list of SPACs is Social Capital Hedosophia, which will merge with Opendoor and trade under the ticker OPEN beginning Dec. 21. That means the last day of trading for IPOB stock is tomorrow, Dec. 18 — and it’s certainly a good opportunity.

Opendoor allows users to receive an instant offer on their home. The company claims that, within a few days of requesting an offer from them, they can provide a quick offer and pay in cash for your home. The real estate company also allows users to buy and finance homes as well. Moreover, Opendoor operates in many cities within the United States, although New York City and San Francisco are noticeably absent from their list of 21 markets (Page 30).

However, the company predicts that it should see $50 billion in revenue soon enough and lists the entire addressable market at $1.3 trillion (Page 31 and 32). So, as part of the digitalization of traditional markets, Opendoor represents a great opportunity in a sometimes opaque real estate market.

Somewhat surprisingly, home sales have also recently been at a 14-year high. Why? The speed of sales has climbed due to increased demand driven by low interest rates and a shortage of supply. Plus, although sales have been fast, the overall volume has been low. Opendoor projects that it will sell 9,750 homes in 2020. It sold 18,799 homes in 2019 (Page 41).

Pershing Square Tontine Holdings is currently searching for a company to partner with for its IPO. Many blank check companies are currently in the same boat. So, why should this pick of the SPACs be of interest?

Most recently, he made a bet which turned $27 million into $3.6 billion. Barron’s explains:

“In the space of three weeks, as the Covid-19 pandemic was engulfing the globe, Ackman turned a $27 million premium paid to buy credit default swaps into a profit of $2.6 billion. He then reinvested a chunk of that windfall in the long positions he wanted to protect by buying the insurance in the first place. In the ensuing dramatic stock market recovery, Ackman made another $1 billion. In short, Ackman’s $27 million bet has netted him and his investors $3.6 billion.”

With that in mind, now the Pershing Square team is searching for “high-quality IPO candidates, private equity portfolio companies and family owned companies” as well as “Mature Unicorns.” Admittedly, this pick is fairly speculative. But it could also very well be one of the best SPACs of 2020, given the leadership behind it.

Last on my list of the best SPACs of 2020 is Churchill Capital, a company that already has an established body of work related to the space. So, it’s a name that should interest potential investors. The company already took Clarivate (NYSE:CCC) public last year. Since its inception, Clarivate has risen from under $10 per share to its current price of over $30.

Now, the company is merging with Skillsoft and will in turn acquire Global Knowledge to form “the leading corporate digital learning company.” The combined operations will trade as Skillsoft on the New York Stock Exchange, although the ticker has not yet been announced.

Much like PSTH stock above, CCX.UT stock is a bet on a world-class management team to seek and subsume a profitable target into a new and improved company. Given what it has achieved with Clarivate, there’s great promise here for a repeat success.

Source: InvestorPlace – The 7 Best 2020 SPACs That Could Make You More Money