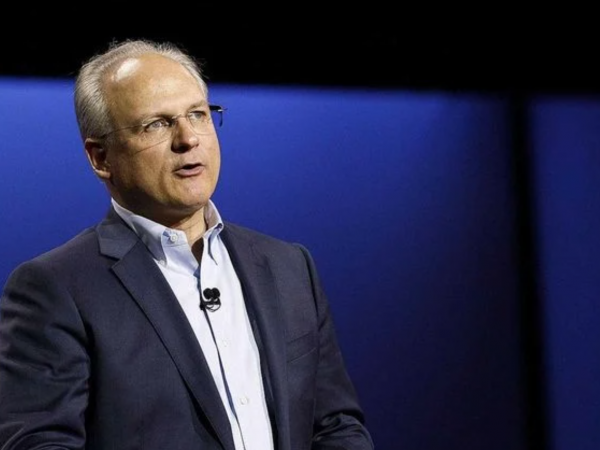 Just five years after being recruited for an executive post at General Motors Co., Barry Engle in November 2019 ascended to president of the automaker’s $100 billion North American business, the company’s profit center. Then in August, not even a year in that post as one of the automaker’s top five executives, he quit.

Engle already had been pondering a move to a place where he could be a CEO. At 56, he’s just two years younger than Mary Barra and unlikely to get a crack at the CEO job.

One defining moment, he said, was the March news that clean-energy trucking startup Nikola Corp. signed a deal that would eventually raise $700 million and go public via a reverse merger with VectoIQ, the special purpose acquisition company started by former GM Vice Chairman Steve Girsky.

Engle reckoned that if Nikola — which had a novel idea for hydrogen-powered semi trucks and little else — could get that much cash, then the time was right for an automotive entrepreneur to make a move.

“That Nikola deal was a watershed event for our industry,” Engle said. “Girsky showed what was possible. There is tremendous public investor appetite for growth stories in mobility.”

Engle left in August and since then has co-founded a SPAC called Qell Acquisition Corp., using his own cash and a healthy slug of money from PIMCO Investment Management, the giant investment firm with almost $2 trillion in assets.

While GM has beaten market returns by a few points this year, most auto stocks have been flat or down in 2020. Meanwhile, Tesla Inc. has tripled in value this year and investors have poured cash into at least 15 EV-related startups like Nikola, Fisker Inc. and Lordstown Motors Corp. All in, blank-check firms have raised $70 billion this year.

Talent is chasing growth, too. In addition to Engle , GM has seen a handful of other top executives head off for the lure of a big payout. Last year GM’s former Vice President of Global Strategy Mike Ableson left for EV startup Arrival Ltd., CFO Dhivya Suyradevara quit to go to financial technology startup Stripe, and Alicia Boler David left the Detroit automaker as head of manufacturing to become Vice President Global Customer Fulfillment for Amazon.com Inc., which has its own electric and autonomous vehicle ambitions.

If Engle was inspired by the Nikola deal, he also sees lessons in it. VectoIQ and the other SPACs have raised investor cash and snapped up stakes in EV startups at a dizzying pace as they try to find the next Tesla.

Nikola may yet come good, but the ouster of its founder Trevor Milton amid fraud claims has been a reset for the company. To Engle, it shows the risk of making a bet that pays or fails on the success of one EV company.

Instead, Engle is looking to acquire a company that will profit off the rapid changes happening in transportation no matter which company wins the EV or even self-driving game. He is looking at companies that can supply charging network hardware or services, or software and data collection for electric or self-driving vehicles.

“If this is a gold rush, you can stake your claim and hope you get lucky and find a nugget,” Engle said. “We want to sell the picks and shovels.”

He sees opportunities in autonomous technology, telematics and infotainment. Power sports and motorcycles are just being electrified, which also present early opportunities. There is less competition, so plug-in bikes that serve Asia could be a strong play, he said. There are also emerging companies that will build small electric aircraft for short-haul flights or to ferry people in congested cities.

“It’s amazing how much is happening in mobility and investors are rightfully excited about that,” Engle said. “Stand-alone, EV companies are the poster child for that opportunity. We believe that view is overly simplistic.”

Part of Engle’s attraction to a SPAC is that he has been at young, developing companies before. He ran Ford Motor Co.’s businesses in Brazil and Canada and then left to be CEO of New Holland Agricultural Equipment for CNH Industrial NV in 2008.

After working long hours in the corporate world, he left in 2010 for Think Holdings, an EV startup that went bankrupt after Engle left. He said the company was ahead of its time trying to sell plug-ins before consumers were ready. Many EV startups from the 2000s went bust, with Tesla being a rare survivor.

While he was there, Engle got the company a deal with Cummins Inc., which makes engines for the trucking industry,  to help make its own clean propulsion systems more efficient.

Engle said Qell will consider companies with no revenue, but he prefers “real companies that have a product and revenue or are soon to be bringing in revenue.”

Some of the previous SPAC deals have been for companies with a good story, but an unclear path to make the startup a money-making reality. Nikola is pushing to develop hydrogen fuel cell semi-trailer trucks, but canceled plans for an electric pickup and has no revenue yet. Fisker is expected to raise $1 billion from its merger with SPAC Spartan Energy Acquisition Corp., but only recently found a battery supplier for its planned Ocean electric SUV. SPAC-backed Lordstown Motors Corp. also has no revenue.

Those acquisitions are taking on the kind of risk that public markets used to shun, said Richard Spitzer, managing partner of venture capital fund Escavel Capital and former head of Accenture’s automotive practice. They are stepping into a world that venture capital funds have managed and are more experienced at evaluating.

“If the money that gets raised is applied to emerging growth companies that have a revenue stream and a line of sight toward significant growth, they have a better chance,” Spitzer said. “If SPACs have no track record of putting money into an early-stage company, I’m skeptical. Engle has been in that world and knows it.”

Source: TechnoCodex – Why a former GM executive quit to start a blank-check company