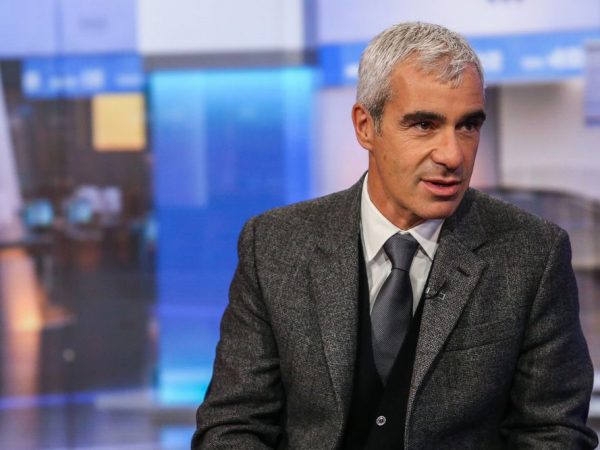 The London Stock Exchange is reportedly exploring ways to attract SPACs to the UK.

When Mariposa Capital founder Martin Franklin revealed in September that he intends to list a $750 million blank-check company on the London Stock Exchange, it raised the possibility that special-purpose acquisition companies were making a comeback in the UK.

But the reality is that the SPAC mania that has taken the US market by storm faces several obstacles in the UK, such as a less flexible regulatory framework for investors, a lack of incentives and an unsavory reputation created by some notable, ill-fated deals years ago.

SPACs have played a big role in reviving the US market for initial public offerings. So for the sluggish London IPO market, which hasn’t seen a single SPAC listing this year, a comeback would be a welcome development.

Overall new listings have floundered in the UK while the US IPO market has boomed—bolstered by SPAC activity. In the US so far this year, over 100 SPAC IPOs have raised more than $37 billion, according to PitchBook data. That includes what is believed to be the largest SPAC IPO on record: Bill Ackman’s Pershing Square Tontine Holdings, which raised $4 billion in July.

The exuberance that the SPAC boom has brought to the US market—and its failure to catch on with Brits—is a case study in the contrasts today between two of the world’s leading financial markets, even though the US and the UK both have encouraged innovation by free-wheeling investors.

It was perhaps unsurprising that the London Stock Exchange is said to be looking at ways to entice SPACs to the UK.

But while Mariposa Capital and other sponsors hope to spread the trend to London, some industry observers are skeptical that SPACs will appeal to UK investors.

“In these turbulent times, there’s potentially a big market for SPACs in the UK and we are seeing increasing demand for them from the sponsor side,” said Paul Amiss, a partner at law firm Winston & Strawn. “There is a question of whether public investors in the UK want SPACs and I don’t see them beating the drum to bring them back,” he added. “It’s a model that UK investors aren’t really that confident in at the current time.”

Participating in UK-listed SPACs can indeed be riskier for investors. Unlike in the US, where shareholders can redeem their shares if they don’t want to invest in the underlying target, UK deals don’t come with an opt-out. When a UK SPAC makes an acquisition, its shares are suspended until a deal prospectus is published. For the sponsor of the blank-check company, that offers more certainty when negotiating deals, but it also means investors’ capital is locked up for a longer period.

London’s SPAC scene may still be struggling to overcome a stigma resulting from some high-profile blank-check blunders.

In 2010, Nat Rothschild’s £700 million SPAC (around $906 million today), Vallar, went public in London with a goal of targeting Indonesian mining assets. Within two years—plagued by financial irregularities and lackluster returns—Vallar, now known as Asia Resource Minerals, was fined £4.65 million by regulators for breaching listing rules. Another was Gloo Networks, which raised £30 million in 2015 with a plan to buy media companies but never made a deal.

Not all SPACs have been failures, with notable exceptions like J2 Acquisition Ltd., which completed a $1.25 billion London IPO in 2017.

A source close to the London Stock Exchange said there are no rules preventing UK SPACs from being structured like their US counterparts. But Wall Street-style SPACs have surged in part as a response to a US-specific issue:the first-day price pop when a newly public stock starts trading. Many companies’ shares are routinely underpriced in a bid to fuel interest in the stock, essentially leaving money on the table for the company going public.

In the UK, the IPO pop isn’t really a phenomenon as London’s price discovery process takes longer. Also, in the US, it is fairly common for companies going public to float 10% of their shares as opposed to in the UK where there is a minimum 25% free-float. By restricting the supply of available shares, there is a perceived positive indicator of market interest, which contributes to the IPO pop.

The uncertainty caused by the COVID-19 pandemic could still drive more SPAC activity in the UK. By selling itself to a SPAC, a company may not get as desirable a valuation as it would have through a standard listing, but a cash offer provides more certainty on pricing and avoids the administrative burden of a traditional IPO.

Winston & Strawn’s Amiss thinks UK SPACs may need to replicate the US model in order to mitigate investor risk and build confidence in the model. Even then, the change will not be overnight, but only after a series of successful deals.

“If the UK decides that it wants a SPAC market there needs to be reform,” he said. “There is an argument that it is not currently fit for purpose for those sponsors who are unable to bring a large amount of cornerstone backing to the table.”

Source: Yahoo Finance – The SPAC craze looks for a foothold in London, but may be falling flat