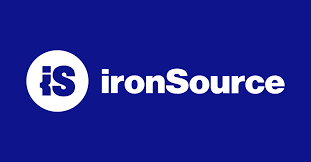 (Bloomberg) — Thoma Bravo’s blank-check firm is in talks to take mobile marketing company IronSource public through a merger, according to people with knowledge of the matter.

Thoma Bravo Advantage, a special purpose acquisition company, or SPAC, is seeking to raise about $1 billion in new equity to support a transaction that values the combined entity at more than $10 billion, said the people, who asked not to be identified because the matter was private.

The terms of a deal aren’t final and it’s possible talks could fall apart.

An IronSource representative in Israel didn’t respond to a request for comment outside regular business hours. A spokesperson for Thoma Bravo declined to comment.

Tel Aviv-based IronSource is a software company that counts app creators among its users. The company co-founded by Chief Executive Officer Tomer Bar Zeev has described itself as “profitable from almost day one.”

In 2019, funds managed by CVC Capital Partners acquired a minority stake in IronSource for more than $400 million. A representative for CVC didn’t immediately respond to a request for comment.

The Thoma Bravo SPAC, an affiliate of the private equity firm that bears the same name, raised $1 billion in a January initial public offering. Orlando Bravo is the SPAC’s chairman and Robert “Tre” Sayle is CEO.

Thoma Bravo has carved out a successful niche within the buyout industry, focusing on cloud software businesses that draw steady, recurring sales in the form of subscriptions. The firm makes light-touch operational tweaks to the companies it acquires, usually keeping existing management in place and concentrating on growth rather than cost-cutting.

Of seven Thoma Bravo buyout funds currently in the investing stage, six rank in the top quarter of private equity funds and the seventh ranks in the second quartile, according to data compiled by Bloomberg. The net internal rate of returns for the funds range from 17.4% to as high as 73.8%, the data show.