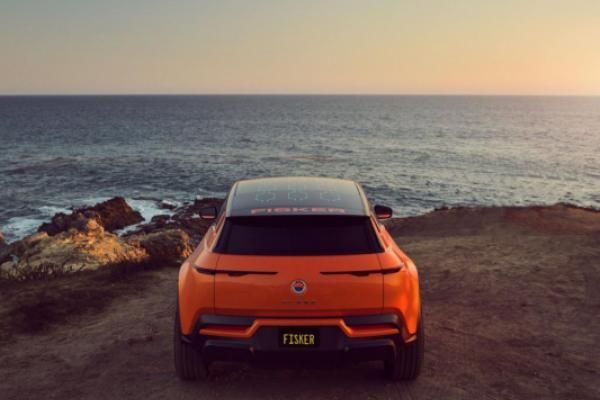 SPACs were one of the hottest investment stories of 2020 and look to continue that momentum into 2021.

Here are 10 SPACs and former SPACs that could outperform for investors in 2021, shared initially on Thursday’s SPACs Attack show from Benzinga.

Searching For Targets: Led by Zynga Inc (NASDAQ: ZNGA) founder Mark Pincus and LinkedIn founder Reid Hoffman, Reinvent Technology Partners (NYSE: RTP) is targeting the technology sector. The duo met in 2002 and have been partnered together on several deals, including leading the seed round in Friendster and being early investors in Facebook Inc (NASDAQ: FB).

Burgundy Technology Acquisition (NASDAQ: BTAQ) is targeting the technology and enterprise software markets. The SPAC is led by Leo Apotheker, the former CEO of HP Inc (NYSE: HPQ) and SAP SE (NYSE: SAP). At SAP, Apotheker helped transform the company from a single product to a multi-solution business. The SPAC is targeting a company from the U.S. or Europe, with Israel also mentioned in the prospectus. EToro, Taboola, Outbrain and REE Automotive are among the Israeli companies considering IPOs or SPAC mergers to go public in 2021.

Social Capital Hedosophia Holdings Corp VI (NYSE: IPOF) is the sixth SPAC in a series from Chamath Palihapitiya. Each of the three newest SPACs from Palihapitiya has the same management team with one added member for each team. The extra member for IPOF is Richard Costolo, the former CEO of Twitter Inc (NYSE: TWTR). This SPAC raised over $1 billion and could land the potentially largest deal for Palihapitiya. The SPAC could also see strong interest if any of the other Palihapitiya SPACs close or announce deals.

SPACS With Pending Deals: Northern Genesis Acquisition Corp (NYSE: NGA) has a pending merger with Lion Electric, a company focusing on the electric vehicle market for buses and vans. The company has current production capabilities of 2,500 units a year with plans to ramp that figure up. Lion Electric has charging infrastructure and telematics solutions to offer customers as well. The clean energy plan of President-elect Joe Biden calls for converting 500,000 school buses to zero emissions, which could favor a company like Lion Electric. The company has announced deals with ChargePoint and Blink Charging (NASDAQ: BLNK) to offer charging infrastructure with its electric vehicles to customers.

Genius Sports, which provides sports data to sports betting companies, is going public with dMY Technology Group Inc II (NYSE: DMYD). Genius Sports is on pace to provide data for over 240,000 events a year, including as the official provider for 170,000 events. Genius has deals in place with the NBA, NCAA, FIBA, FIFA, EPL, PGA and Nascar. Customers for Genius Sports include DraftKings Inc (NASDAQ: DKNG), FanDuel, William Hill, Caesars and BetMGM. Genius Sports is expecting revenue to grow at a compounded annual growth rate of 29%.

Butterfly Network, which offers portable ultrasound technology, is going public with Longview Acquisition Corp (NYSE: LGVW). The goal of Butterfly Network is to put ultrasound on a chip and make it more accessible in underserved areas and also help replace bulky traditional cart-based devices. Butterfly Networks has sold over 30,000 units and has deals in place with many of the top 100 U.S. hospitals. Butterfly Network is backed by Bill Gates and Baillie Gifford. Cathie Wood has been adding and now holds over 1.2 million shares of Longview in the Ark Genomic ETF (BATS: ARKG).

Stable Road Acquisition Corp (NASDAQ: SRAC) is merging with space company Momentus. Called the “FedEx of Space” by Barron’s and a “zero gravity logistics player,” Momentus will partner with companies to move items in space. Momentus has a deal with SpaceX and plans on launching satellites as a service in the future. Momentus forecasts it will hit $1 billion in revenue in 2024.

Former SPACs: Desktop Metal Inc (NYSE: DM) completed its merger in 2020 and saw shares fall over 20% on its first day as a publicly traded company. Desktop Metal is a play on manufacturing entering a 2.0 era and using lighter and more efficient 3D-printers in sectors like aerospace and automotive. Production of these items at scale could be the holy grail of 3D printing.

Fisker Inc (NYSE: FSR) is seeking to be a major player in the electric vehicles market in the future. The company has over 10,000 reservations for its Fisker Ocean vehicle. A partnership with Magna International (NYSE: MGA) for production allows Fisker to focus on marketing and design of future vehicles. Fisker could have a big 2021 with an influencer campaign and continued analyst coverage. CEO Henrik Fisker said he is planning on attending the virtual 2021 Consumers Electronics Show in January, which could be a potential catalyst in early 2021.

Source: Benzinga – 10 Top SPAC Picks For Investors To Consider In 2021