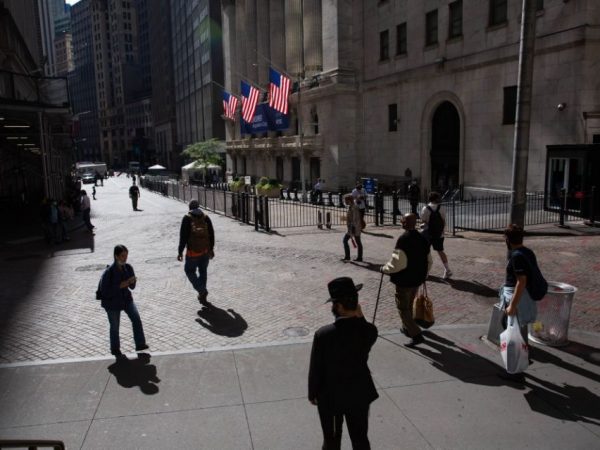 The allure of blank check companies is spreading beyond the U.S., with a host of European business tycoons now plotting deals.

Listing a so-called special purpose acquisition company, or SPAC, has been the go-to method for wealthy Americans to raise money for takeovers this year. SPACs have raised more than $60 billion to pursue targets in 2020, a record, according to data compiled by Bloomberg. The U.S. accounts for almost all of that figure.

“We didn’t consider listing in Europe because we wanted access to the most liquid, advanced public market we could be part of, and that is the U.S.,” Investindustrial Chairman Andrea Bonomi said in an interview.

“We also want to target companies focused on globalizing that will benefit from a U.S. market presence,” he said. Investindustrial’s SPAC is looking at European businesses with an enterprise value of between $1 billion and $5 billion in consumer, health care, industrials and technology.

Merging with a SPAC enables a closely-held company to go public without the challenges of the traditional initial public offering process. Investment banks expect a slew of European blank check listings in the coming months.

Deutsche Bank AG, which advised on Investindustrial’s listing along with Goldman Sachs Group Inc., has “a number of further mandates” for Europe-focused SPACs, according to Ashish Jhajharia, its co-head of equity capital markets in Europe, the Middle East and Africa.

“SPACs are certainly here to stay. People have made some good returns on SPACs so far this year,” Jhajharia said. “The pool of demand in the U.S. is much deeper than in Europe but there’s enough investor appetite this side of the pond too.”

Andrea Pignataro, the Italian tycoon behind trading software and financial data provider ION, is considering raising capital for dealmaking in sectors including European technology through a SPAC, people familiar with the matter said last week. Others outside the U.S. seeking to capitalize on the trend include Egyptian billionaire Nassef Sawiris and French entrepreneur Ian Gallienne, whose SPAC Avanti Acquisition Corp. is chasing targets in Europe.

Potential SPAC-led takeovers of European companies are already beginning to emerge. U.K.-based Arrival Ltd. has agreed to combine with blank-check firm CIIG Merger Corp. in a deal that will give the electric van and bus maker a listing on the Nasdaq. Earlier this month, Bloomberg reported that Paysafe Group Ltd., a London-headquartered online payments firm backed by private equity money, was in talks to merge with a blank-check firm led by billionaire Bill Foley.

Bonomi said he expected a lot of family-run businesses in Europe that want to go public — without the long lead time required for a fully-fledged listing — to be interested in partnering with the Investindustrial SPAC.

This year, big-name dealmakers, small-time money managers and tech entrepreneurs have all lined up to raise millions, or even billions, for companies that offer nothing more than a promise of finding money-making businesses to buy within short horizons. The giddiness in the market has led even those raising SPACs to warn that some deals are likely to end badly.

Investindustrial’s chairman said investors could turn circumspect after the initial wave of SPAC euphoria. “People have committed a lot of money to the product this year and want to see results now,” Bonomi said.

“Teams that don’t have a proven track record will have a hard time getting funded.”

For more articles like this, please visit us at bloomberg.com

Subscribe now to stay ahead with the most trusted business news source.

You can call me, Anthony@BestStockTrades·
4h