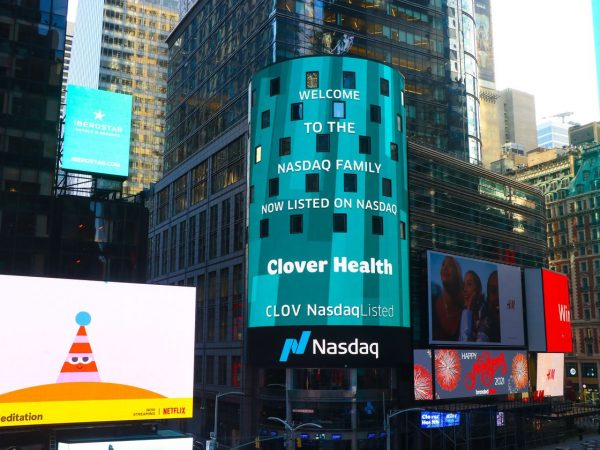 When going public is a company’s ultimate goal, the method of doing so isn’t the most important factor.

Consider Clover Health Investments, which provides Medicare Advantage health plans to 57,000 members. The six-year old start-up began the process of going public over the summer, preparing for two scenarios: a traditional initial public offering and a merger with a blank-check company, according to a spokeswoman.

In October, Clover was far down the road with a traditional IPO and had made a number of filings with the Securities and Exchange Commission, according to Andrew Toy, Clover’s co-founder, president, and chief technology officer. The insurtech chose to combine with Social Capital Hedosophia Holdings Corp III, a special-purpose acquisition company backed by the venture capitalist Chamath Palihapitiya, in a $3.7 billion merger. Clover Health (ticker: CLOV) began trading on Jan. 8.

Clover Health considered the different routes to a public offering. Each method—a traditional IPO, a direct listing, or a SPAC—had benefits and downsides, he said. “Like any choice in life,” Toy said.

Traditional IPOs are a well-defined road to going public, but they can spell trouble if a company tries to list when the stock market is plunging. Roadshows for traditional IPOs aren’t well-suited to younger companies because they don’t offer much time, typically an hour, for management teams to introduce themselves to analysts, Clover executives said. Many startups don’t have years of historical financial information to provide, they said.

Direct listings—where existing shares are sold without the help of underwriters —came about because companies were dissatisfied with the pricings of traditional IPOs, Toy said.

Direct listing, however, generally haven’t allowed companies to bring capital onto the balance sheet, he said. (The SEC in December approved a NYSE rule change that addresses the issue, allowing companies to use direct floor listings to raise capital.)

“SPACs give you something in between and you end up with a tradable company,” Toy said.

One of the major benefits of blank-check companies is that they provide certainty about what investors will be buying into a company, as well as about how much capital will be raised, Toy said.

If Clover Health had stayed with the traditional IPO, the company would have been subject to market conditions two weeks prior to the offering, said Clover Health CEO and co-founder Vivek Garipalli. That means the amount of capital raised would have depended in part on general sentiment about the economy.

In addition to the $400 million PIPE, Clover received up to $828 million of cash held in the trust account of Social Capital Hedosophia Holdings Corp. III. This money, intended for investment in whatever company the SPAC ultimately merged with, came from Social Capital III’s IPO in April.

SPACs typically use an S-4 regulatory filing when they go public, while traditional IPOs use an S-1. The disclosure requirements are the same, Garipalli said, so Clover Health was able to take the information it had provided for the S-1 and put it in the S-4.

Clover was also able to put more information about the outlook, including projections, in the S-4 than it was allowed to include in the S-1, he said, talking more about the business. “It allowed us to have more open conversations. Well-regarded institutions have the ability to digest forward looking guidance,” said Garipalli.

Source: Barrons – Why Clover Health Chose a SPAC, Not an IPO, to Go Public