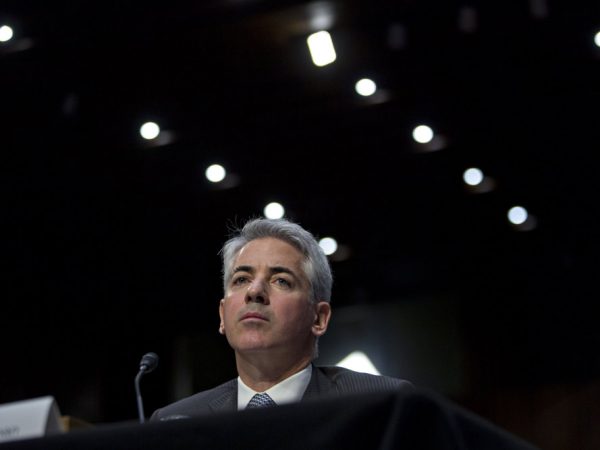 Bill Ackman’s flagship hedge fund ended the first quarter with a gain of 7.2 percent, after adding 0.60percent during March.

The biggest winner for Ackman’s Pershing Square Holdings so far in 2021 has been a bet on rising interest rates made in the form of a derivative known as an interest rate swaption. Interest rate swaptions had added 3.8 percentage points to the portfolio by March 23, according to a letter to shareholders in the fund’s annual report, released earlier this week.

Last year, more than a third of Pershing Square’s outsize gains came from shorts on credit CDS. While it closed out those shorts in March, the hedge fund bought some additional CDS later in the year as spreads narrowed. But the big gain this year has come from “very large notional hedges in the form of interest rate swaptions” purchased in December through February, Ackman wrote.

The interest rate hedge started out as a small percentage of the portfolio, he said. “At a cost of $157 million it represented 1.4 percent of assets at that time.” But, he continued, “it has more than tripled in value, and now represents 4.2 percent of the portfolio with a market value of $493 million.”

According to the annual report, the swaptions are based on ten-year U.S. Treasury bonds.

If interest rates rise, and it decides to do the swap, Pershing Square would pay the lower rate associated with its swaptions and receive a higher rate.

Most of the attention on Ackman in recent months has been around Pershing Square’s SPAC, or special purpose acquisition company, that he launched last July, raising $4 billion in an IPO. The SPAC, Pershing Square Tontine Holdings, or PSTH, soared earlier this year in anticipation of the announcement of a deal in the first quarter, as Ackman previously said he hoped would happen. But in the latest letter, Ackman said a deal would not be struck that soon.

He also said that Pershing Square was “likely” to launch a second SPAC after the first SPAC’s deal was consummated.

As Institutional Investor earlier reported, paperwork for a second SPAC, which was filed in Delaware, was first disclosed on Reddit, where a sub/Reddit group of 11,600 members post about PSTH.

In his letter, Ackman also confirmed a commitment he made on Twitter after the existence of a potential second SPAC became known. At that time, he said investors in Pershing Square Tontine would be given priority in the second one.

“We believe it is appropriate for the right to invest in PSTH2 to be owned by our current PSTH shareholders, including PSH and the Pershing Square private funds. We like the idea of providing investors who backed us in PSTH with the opportunity to invest in PSTH2 without paying a premium to its cash-in-trust value,” Ackman wrote in the recent letter. “We have always believed in giving existing investors the right to participate in new Pershing Square opportunities, and we intend to continue this tradition with PSTH.”

The SPAC mania that pushed up prices on SPACs (and made Ackman a Reddit celebrity) has since subsided, and Tontine has suffered with it. As of March 23, it had nicked the hedge fund by 1.8 percentage points so far in 2021.