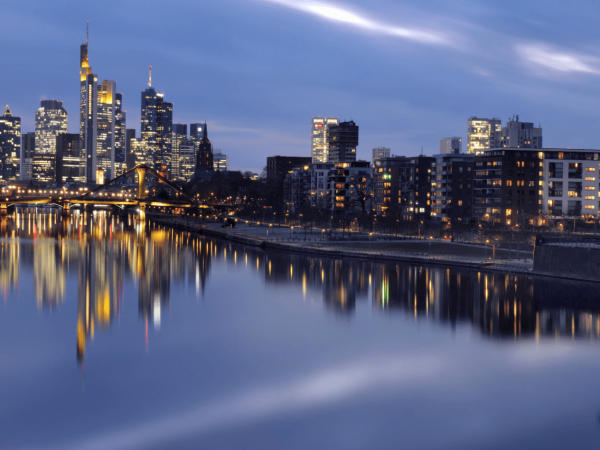 Deals worth $1.3tn were struck in the first quarter of 2021 in a year-to-date record driven by a number of mega deals and the surge in SPACs

(ATF) Global mergers and acquisitions (M&A) activity had its strongest start of the year in four decades, as deal-making surged in the first quarter of 2021 in a year-to-date record, with companies and investment firms rushing to get ahead of changes in how people work, shop, trade and receive healthcare during the pandemic.

Deals worth $1.3 trillion were struck in the three months to March 30, even as the global economy continued to suffer from the impact of the pandemic, although the number of deals was up only 6% from a year ago, according to data provider Refinitiv.

“This is as robust and broad-based an M&A market as I have witnessed in the last 20 years,” said Colin Ryan, co-head of Americas M&A at Goldman Sachs Group. “We are in an environment where assets are scarcer than the available capital right now.”

Deal-making surged in most sectors of the economy, especially the technology industry, which is positioning for big changes in cloud computing and collaboration spurred on by the shift to remote working.

The sector’s previous heady levels was witnessed in 1980 during the dotcom boom at the turn of the millennium, said Refinitiv.

The data underscores the scale of the rebound in deal-making activity after it plummeted a year ago in the early days of the pandemic.

US-based deals were responsible for much of the frenzy, increasing 160% compared with the first quarter of 2020. “The rebound from a year ago is more dramatic than anything we’ve ever seen in M&A recovery — full stop,” said Cary Kochman, co-head of global mergers and acquisitions at Citi. “It is just unprecedented.”

Around half the deal activity came from United States where volumes were up 160% year on year at $654.1 billion. The Asia Pacific region, excluding central Asia, was up 44.9% at $206.5bn.

In contrast, M&A activity in Europe was up 24.5% year on year at $277.3bn, as mega-deals became more difficult to negotiate with the French government blocking a proposed 16.2bn euro takeover of European retailer Carrefour SA by Canada’s Alimentation Couche-Tard in January.

Real estate was the only sector to record a major slump in M&A activity, as offices and other types of commercial property became less appealing to buyers.

According to PWC, the pandemic and recent geopolitical developments led most companies to the same conclusions, pushing both deal volumes and values particularly for digital and technology assets.

“Covid gave companies a rare glimpse into their future, and many did not like what they saw. An acceleration of digitalisation and transformation of their businesses instantly became a top priority, with M&A the fastest way to make that happen — creating a highly competitive landscape for the right deals,” said Brian Levy, Global Deals Industries Leader, Partner, PwC US

A key factor in getting deals done was sell-side price expectations coming down, making it easier for investors to price assets.

“The valuation gap has narrowed during the pandemic. Both realism and uncertainty have played a part in that,” said Bob Bishop, global co-chair of DLA Piper’s corporate group.

A further catalyst for activity could come from activist investors, which are shareholders in a company agitating for change. In the first quarter, the likes of department store Kohl’s Corp, French food and beverage company Danone SA and oil giant Exxon Mobil were subjects of activist campaigns.

“During the pandemic most activists primarily engaged privately behind closed doors and as a result public campaigns were significantly down compared to 2019,” said Philipp Beck, EMEA M&A head at UBS Group AG.

“However, as markets normalise and corporates refocus on strategic portfolio decisions, we anticipate more public engagement by activists.”

The record deal-making start to the year has been partly driven by a number of mega deals, including the sell-out of General Electric’s aircraft-leasing business to AerCap for $30bn as well as Canadian Pacific’s takeover of Kansas City Southern for almost $29bn.

A move by Apollo Global Management to merge with Athene Holding, the life insurance company it created during the financial crisis, was among the largest private equity deals.

But supporting M&A in the US has also been a surge in deal activity among special purpose acquisition companies (SPACs), which have captured the interest of Wall Street and amateur traders seeking quick profit.

In many cases, SPACs have emerged as serious competition to private equity bidders.

“It’s a different kind of competition since SPACs only want minority stakes and it’s certainly a different proposition. But it makes us think that there is a wall of capital out there that is ready to be invested in either minority or majority deals,” said Patrick Frowein, co-head of EMEA investment banking coverage and advisory at Deutsche Bank.

With plentiful access to cheap debt, private equity firms jumped on the deal frenzy too, with such deals rising 115.8% to $250.6bn.

“Private equity funds are standing front and centre in the deal-making arena as well and driving a strong pipeline of public-to-private transactions,” said Dwayne Lysaght, JPMorgan’s co-head of EMEA M&A.

Yet headwinds remain. Ongoing waves of the pandemic that continue to trigger lockdowns, high unemployment moderating demand for products and services, along with global trade tensions, regulatory pressures create uncertainties for the rest of the year, said a PwC study.

“We are still in an uncertain world. The first half will look pretty strong in M&A but in the kind of world today, it takes a brave soul to forecast a $4tn-plus market for the year,” said Mark Shafir, global co-head of M&A at Citi.

A strong pipeline of IPOs offers owners an alternative to M&A deals as an exit path, the study added.

“Following a turbulent year in dealmaking, 2021 is likely to be marked by growing polarisation in asset valuations, the acceleration of deals in digital and technology, and increasing attention to environmental, social and governance (ESG) matters,” PWC said.