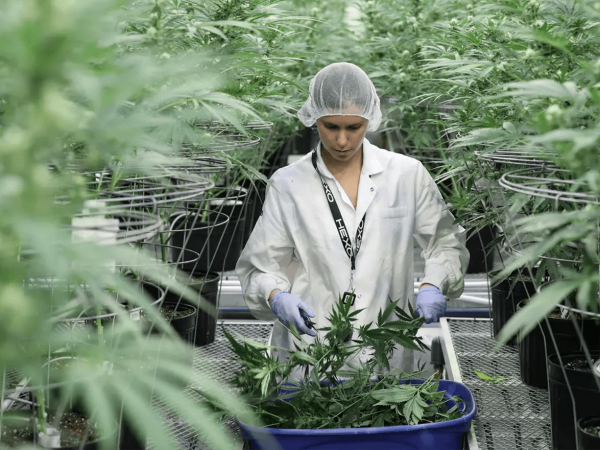 The clock is ticking for cannabis focused SPAC Silver Spike Acquisition Corp. (SSPK) (NASDAQ:SSPKU) to decide whether to merge with a cannabis or non-cannabis target since its liquidation deadline is only three months away on February 12, 2021. The company will have to make a deal announcement between now and then.

Similar to other cannabis focused SPACs, the warrants of SSPK (SSPKW) traded at a relatively low level price range due to legal and regulatory overhang (see chart below). Given the recent developments, the current price level represents a good entry point with a great risk-reward profile.

If SSPK continues to focus on a cannabis target, the industry fundamentals are expected to improve further going forward after the recent election. Judging from the post-election price trajectory of the ETFMG Alternative Harvest ETF (NYSEARCA:MJ), it is reasonable to assume 30-50% upside for SSPKW after a deal announcement. If SSPK chooses to pivot to a non-cannabis target in the “hot” sectors, the potential upsides for SSPKW could be 2x-3x.

SSPK is a cannabis focused SPAC that completed the initial public offering in August 2019 and had $254 million in its trust account as of September 30, 2020. The SPAC has an 18-month duration and will have until February 12, 2021 to complete its business combination. Like many 2019 vintage deals, SSPK has a ½ warrant structure, i.e., you will need to own two warrants to get one whole underlying common share upon warrant exercising.

SSPK CEO Scott Gordon has extensive deal-making and capital market experience from working with several high profile Wall Street firms before shifting his focus to managing a cannabis SPAC. His background actually makes us wonder how he would approach the cannabis and non-cannabis decision. Would he be leaning more toward a non-cannabis deal? It is not a bad choice for a first time SPAC sponsor if he could generate a good return by merging SSPK with a non-cannabis target and set a solid start for his SPAC track record. He could immediately raise Silver Spike II and get another two years to search for a cannabis target, during which there could be more clarity on the regulatory and legal environment on the cannabis industry.

In our writeup on June 30th, 2020 (“2 Cannabis SPACs with Potentially Significant Upsides In 7 Months”), we expressed a bullish view on cannabis SPACs based on their price levels and the improving regulatory and legal environment for the cannabis industry. After the presidential election early this month, there were indeed major positive development:

One key overhang still remains, though – if Republicans are still in control of the Senate, it will become unlikely for the US to federally legalize cannabis. The market reaction to these developments, however, was upbeat as evidenced by the ETFMG Alternative Harvest ETF, which was up 30% since the election. SSPK warrant (SSPKW) in the meantime was decoupled from the sector rally (see chart below).

If SSPK picks a cannabis company as its merger target, SSPKW could potentially converge with MJ as the price of the merged company would be driven more by cannabis industry fundamentals. Assuming SSPK’s target is a solid one, we would expect at least 30% upside from the current level for SSPKW.

If SSPK chooses to pivot away from its targeted cannabis industry and into one of the “hot” sectors, it will not be the first one to do so. It is not that uncommon for a SPAC to eventually combine with a target that is different from its focused industry described in the prospectus. Recent examples include Spartan Energy Acquisition Corp. (SPAQ) and Switchback Energy Acquisition Corp. (SBE); both started out energy focused at IPO but pivoted to the EV industry and the market liked their deals. Two cannabis focused SPACs recently also announced mergers with non-cannabis targets and the return for the warrant holders from these “pivoting away” deals were actually surprisingly good.

One recent example is Stable Road Acquisition Corp. (SRAC). SRAC was launched as a cannabis-focused SPAC in November 2019 with $150 million in its trust account. Since then, its common share traded mostly below $10 while its warrants were mostly below 80 cents. On October 7, 2020, it announced a merger with Momentus, a commercial space infrastructure company, which is undoubtedly a significant deviation from SRAC’s targeted industry. Judging from the stock and warrant reaction (see charts below), the market seemed to be pleasantly surprised by this business combination.

Another example is Tuscan Holdings Corp (THCB). THCB completed its IPO in March 2019 with over $270 million in proceeds in the trust account and had a liquidation deadline in December 2020. The company was sponsored and managed by Tuscan Holdings Acquisition LLC and the targeted industry was cannabis. On November 13, 2020, THCB announced intent to combine with Microvast Inc. which is a leading provider of battery technologies for commercial and specialty use electric vehicles. The announcement was well received by the market and the price of THCB warrants (THCBW) more than doubled (see chart below).

With the liquidation deadline just three months away, SSPK will have to make a decision soon on whether to pursue a cannabis or non-cannabis deal. SSPKW should benefit from either of the two outcomes, though we would expect a deal with a non-cannabis target to generate more upside as evidenced by the recent examples. Similar to other SPACS, key risks would include a SPAC liquidation or a deal with muted market reaction.