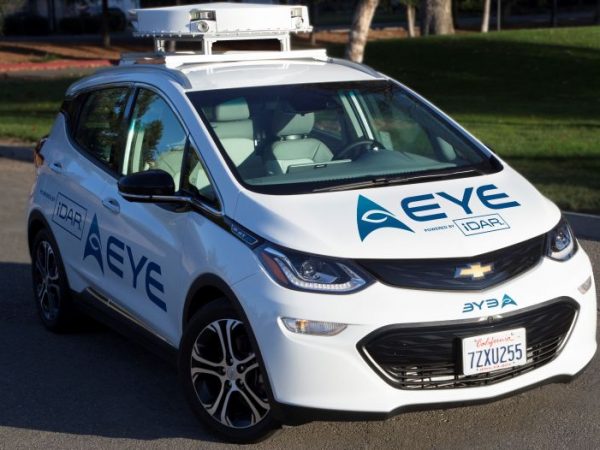 The deal will see AEye merge with CF Finance Acquisition Corp. III in a deal that values the company at $2 billion. As part of the deal, AEye will raise $225 million in private investment in public equity from investors that include GM Ventures, Subaru-SBI, Intel Capital, Hella Ventures and Taiwania Capital. CF Finance Acquisition Corp. III will also contribute $230 million to the company in trust.

Founded in 2013, AEye offers iDAR, an artificial perception platform for vehicle autonomy, advanced driver-assistance systems and robotic vision applications. The company’s iDAR offering uses lidar to create a real-time map of the environment using last pulses but adds a twist on the technology by adding a camera that generates images with natural light.

The iDAR technology is said to deliver a significant reduction in the amount of processing power it takes to generate a useful map. When the company raised $40 million in venture capital from Intel and Kleiner Perkins in 2018, AEye said its technology enables autonomous vehicle perception software to run up to 10 times faster than normal.

The use of lidar technology is well known in autonomous vehicles, but AEye has set its sights on a broader market including support for industrial and mobility applications, including aviation, mining, traffic systems and drones. Notable among the company’s partners is aircraft manufacturer Airbus SE.

“Active Lidar is a game-changing technology with the potential to transform many industries,” Blair LaCorte, chief executive officer of AEye, said in a statement. “With our unique modular system design and go-to-market strategy, we can deliver solutions via technology licensing, custom component bundling or an integrated hardware and software system.”

AEye had raised $89.1 million, according to Crunchbase. The SPAC merger is expected to close in the second quarter of 2021.