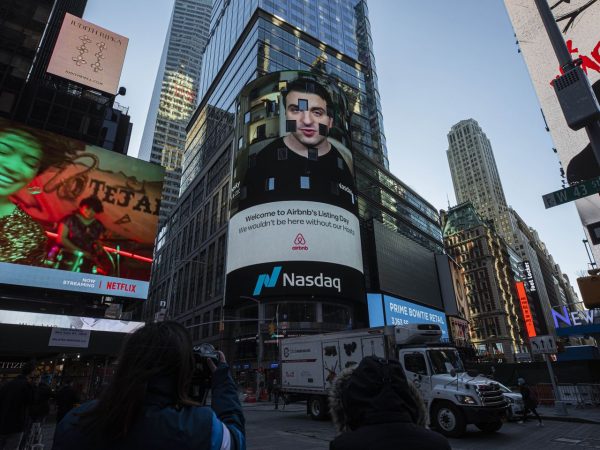 These are strange days for the stock market. You can take a company public without actually having a business, customers, or revenue. And if you’re Woody Benson, you can do it from the master bathroom of your home in Bonita Bay, Fla., showing slides over Zoom to prospective investors.

The reason is the resurgence of a financial entity called a SPAC, or special purpose acquisition company, sometimes called a “blank check company.” The game plan is to raise money first, go public, and then spend that money (and often more that you raise later) to acquire a promising company that wants to be public but would like to take a shortcut to obtaining its ticker symbol.

It’s the path taken by DraftKings, the fantasy sports gaming company in Boston, and Desktop Metal, a maker of 3-D printers in Burlington. Their stocks have increased in value since they’ve debuted, with DraftKings up more than 200 percent. If you had owned stock in Diamond Eagle, the SPAC entity that eventually acquired DraftKings (which was trading at around $10) or even bought it after the combination happened last April, you’d have enjoyed a pretty good ride: DraftKings trades at around $60 now.

Benson, a longtime Boston tech exec and venture capitalist, put some early money into LogMeIn, now a public software company, and worked at Lotus Development Corp., which helped to popularize e-mail and spreadsheets, in the 1980s. Since 2016, he had been working with Elon Boms, an investor in New Haven, at Launch Capital, which invested in startups on behalf of the Pritzker Vlock Family Office, descendants of the Chicago clan that created the Hyatt Hotel chain.

But over the last year, Boms says, Launch Capital had decided to slow the pace at which it invests in startups. It’s not stopping entirely, but the focus is on supporting the companies already in its portfolio. That includes Minibar, which delivers booze on demand via an app, or Cake, a website which provides information on end-of-life decisions (such as how to host a Zoom funeral.)

Boms says he and Benson had noticed that many companies they had backed were having trouble making the jump from private to public; they were so-called middle-market companies, not bigger startups like DoorDash or Airbnb with $1 billion or more in revenue. And acquirers seemed more interested in doing larger deals.

Over the course of 2020, Boms and Benson watched the boom in SPAC activity — including DraftKings, and SPAC entities created by General Catalyst and Highland Capital Partners, two Cambridge venture capital firms. By November, they’d gotten the green light from the Pritzker family to form one of their own, shifting their focus from investing in early-stage companies to creating a public “shell” company and then finding a software or technology company to acquire. They filed paperwork with the Securities and Exchange Commission in mid-December, calling their SPAC Thimble Point Acquisition Corp.

In mid-January, instead of flying around to meet with big investors — a process known as a “road show” — Boms and Benson held those meetings on Zoom. “We had 45 calls over the course of five days,” just after the holidays, Benson recalls.

Because he has four dogs, he felt his master bathroom would be the quietest place to conduct those meetings; Boms was in his home office in New Haven. They began with a commitment from the Pritzker Vlock Family Office, but also raised money from PIMCO, Wellington Management, and others. They’d started with a goal of $200 million; they ended up with $276 million.

Investors, Benson explains, look to SPACs to identify a fast-growing company, acquire it, and deliver a healthy return over time, better than what they could get from other assets. “They’re looking to be long-term holders” of the stock, he says. “This is the exact opposite of day traders.”

“They are shopping for a company that will sell for $1 billion to $1.4 billion,” explains Bowen, CEO of the mergers and acquisitions advisory firm Bowen Advisors in Boston. But if the people who have given Thimble Point what you might call its shopping allowance don’t like the company it identifies to acquire, they can ask for their money back — which in some cases can scuttle the deal.

What’s the upside for Boms, Benson, and the Pritzker Vlock Family Office? As the SPAC’s creators, they own a 20 percent post-IPO stake in the company, which could be very valuable if Thimble Point acquires a great company.

Bowen raises some questions about the increased SPAC activity in 2020 and 2021. For one, he notes there are about 330 public SPAC entities looking for promising acquisitions. Will that lead to price inflation when SPACs vie for the same company? Are some of the best private companies sitting out the SPAC “beauty pageant,” in Bowen’s words, hoping to go public the old-fashioned way? He predicts that “you are going to have SPACs with a timing deadline” — remember that two-year clock — “chasing lower-quality deals.”

And a recent paper published by the Harvard Law School Forum on Corporate Governance observed that while SPACs may be a cheaper way to go public, SPAC shareholders “are bearing the cost, which is an unsustainable situation.”

For individual investors, Bowen says, buying shares in a SPAC’s stock is making a bet and hoping that “maybe they will find the next DraftKings.” Amid the pandemic, “we haven’t been able to go to places like Vegas and gamble.” (That aforementioned paper looked at 47 recent SPACs; investors who own SPAC stock at the time it acquires a company see share prices drop, on average, by one-third or more.)

SPACs technically are not allowed to start hunting for a company to acquire until they begin trading as a public company. For Thimble Point, that happened Feb. 2. That’s when the two-year clock started ticking, as well.

Neither Boms nor Benson were in New York to watch the stock begin trading on the Nasdaq under the ticker symbol THMAU. Boms explains there was a snowstorm, and a pandemic, so “there wasn’t much to do in NYC, even if I had gone.” Instead, he switched on CBNC and kept refreshing the Nasdaq website to see the stock begin trading. Someone at Nasdaq was kind enough to send a photo of the exchange’s big digital billboard in Times Square, congratulating Thimble Point — a company without a product, revenue, or more than a handful of employees — on its public market debut.