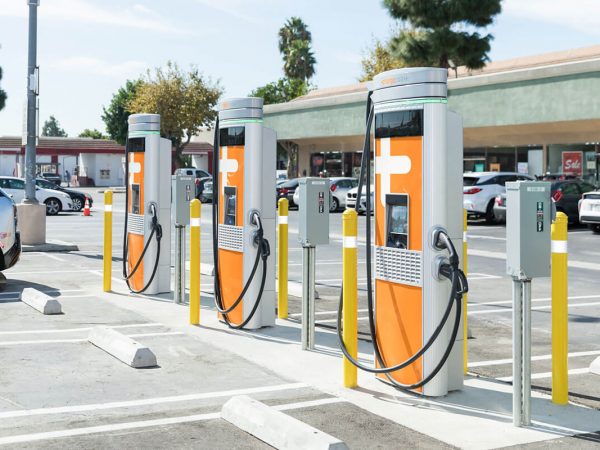 Investors are paying attention to ChargePoint, Inc. One of the world’s first and largest electric vehicle (EV) charging networks, it has revealed that it will go public by merging with Switchback Energy Acquisition Corp. The deal will value the company at $2.4 billion.

A 2020 JD Power survey indicated that respondents still feel that charging availability is a problem. ChargePoint’s public offering is designed to position the company for optimal exposure while deepening what is already significant brand association.

InvestorPlace is intrigued by the ChargePoint decision to go public, suggesting that “this deal offers investors a distinct play on the electric vehicle trend without trying to guess which companies will emerge as the most profitable manufacturers of EVs. That alone makes it an enticing play that should be worthy.”

Switchback is a special-purpose acquisition company (SPAC) that raised $300 million in an initial public offering in July, 2019. As the two companies announced the merger, they noted that the public listing milestone broadens their market leadership and builds on over a decade of innovation.

Approximately $493 million in net proceeds will advance ChargePoint, Inc.’s commercial, fleet, and residential businesses. The deal is expected to close near the end of the year, and the company will be named ChargePoint Holdings Inc. No New York Stock Exchange trading symbol has yet been identified.

What is ChargePoint? Why the Decision to Go Public Now?

ChargePoint is a category creator in EV charging, helping to make the mass adoption of electric mobility a reality. It has designed one of the world’s largest charging networks with a capital-light model by selling individual organizations and businesses, known as site hosts, what they need to electrify their parking spaces – networked charging hardware, software subscriptions. and associated support services.

There is a huge gap between public awareness of EV charging opportunities and the actual number of charging stations. ChargePoint’s visibility is helping to alleviate that breach. In 2018, there were only 20,000 charging stations for electric cars in the country, a quarter of which were located in California alone. With the limited options for charging, potential EV drivers hesitated to make their purchases due to the lack of charging stations and range anxiety.

According to IDTechEx’s research on EVs, by 2030 there will be over 100 million plug-in EVs on the road globally including passenger cars, buses, trucks, and vans, which are the most relevant sectors to consider for EV charging infrastructure. Among them electric passenger cars represent the largest plug-in EV sector in volume while electric fleets such as buses, trucks, and vans are expected to grow rapidly in the coming decade which will drive up demand for charging infrastructure significantly.

A History of ChargePoint’s Evolution

ChargePoint was founded in 2007 as Coulomb Technologies by a group of entrepreneurs who anticipated the EV revolution. Richard Lowenthal founded ChargePoint, Inc. and has served as chief technical officer at the company ever since. By 2012, the company had more than 10,000 EV charging station spots in North America. ChargePoint today operates more than 115,000 charging ports globally, mostly in North America, and has noted it is aiming to increase that to 2.5 million by 2025.

Now the world’s leading EV charging network, ChargePoint has reached many milestones in its dozen years of existence.

The Campbell, California-based company has attracted funding from both private venture investors and large strategic investors, including Daimler, BMW, and Siemens AG. So, too, have US energy firms Chevron Corp and American Electric Power Co Inc shown support as the company begins the process to go public.

“ChargePoint has a proven and capital-light business model that combines hardware and high-margin, recurring software subscriptions and services with extensive and strong customer relationships. As a result, we believe ChargePoint will continue to grow its strong market position as the EV industry evolves. Switchback and our investors are excited to partner with the talented ChargePoint team to advance their vision.”

The Switchback Energy Acquisition Corp transaction includes $225 million up-sized PIPE at $10.00 per share anchored by institutional investors, including Baillie Gifford and funds managed by Neuberger Berman Alternatives Advisors. Baillie Gifford is one of the largest shareholders in Tesla, which leads the EV field.

Prior to the SPAC deal, ChargePoint, which operates but does not own its charging network, had raised more than $660 million.

The Future is Now with EV Charging, So ChargePoint Decides to Go Public

With experience in technology and design, ChargePoint’s team has been able to offer a network that is on the forefront of the EV industry. Today it has increased to more than 4,000 businesses and organizations participating in its fueling network.

ChargePoint President and CEO Pasquale Romano and the existing leadership team will lead the combined company. “Being ready to be public means that you’re investing in scaling the platforms you already have because this addressable market is very, very large,” Romano said, according to Reuters.

Recharging an EV takes a different mindset than fueling a gas- or diesel-powered vehicle. In the latter, it’s a quick, smelly, and often dirty stop. For the majority of EV drivers, the best time to charge is overnight — at home or lodging. There’s no planning or deliberation involved with overnight charging — it’s finished when you awaken.

ChargePoint’s audience is one that is parked for some other reason — restaurant, shopping, farmer’s market, or open-air fair. The company is positioned to meet future EV drivers’ on-road charging needs, especially as a survey published earlier this year by AAA concluded that the education derived from owning an EV will cure range anxiety and other concerns.

(Note: CleanTechnica reached out twice to ChargePoint for an interview and will amend this article should we get an affirmative response from the very busy company.)

Source: CleanTechnica – ChargePoint To Go Public In Another Signal Of Surge In EV Popularity