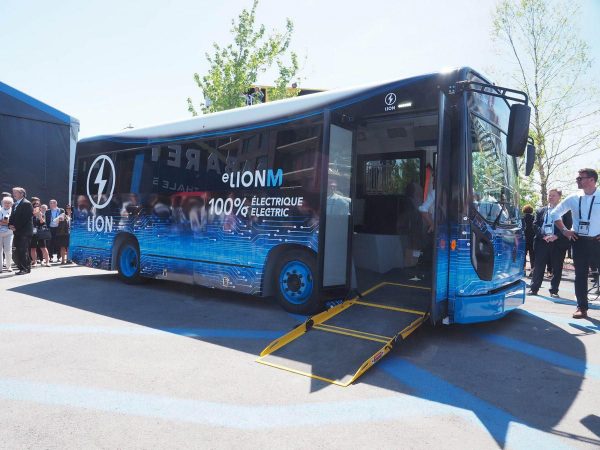 The Lion Electric Co., a maker of electric vehicles such as yellow school buses, is in talks to go public through a merger with blank-check firm Northern Genesis Acquisition Corp., according to people with knowledge of the matter.

Northern Genesis has begun discussions with prospective investors about raising a targeted $500 million in new equity to support a transaction, said some of the people, who requested anonymity because the talks are private.

The merged entity is set to be valued at $2 billion or more, one of the people said. As with all deals that aren’t yet finalized, it’s possible terms could change and talks could collapse.

The Quebec-based company said in September that it’ll deliver 10 battery electric trucks to Amazon.com Inc., a move that will help the e-commerce giant to reduce its carbon emissions.

Battery-makers and other companies in the electric vehicle space have flocked toward SPACs for capital. At least five have agreed to go public by merging with a special purpose acquisition company, including Nikola corp and Fisker Inc.