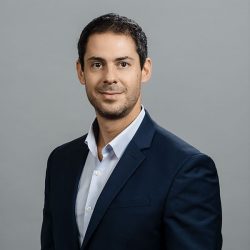 The former head of a major U.S. shale driller is eyeing more investments in the energy transition after his first blank-check company announced a deal to create a $1.15 billion renewable natural gas business.

Daniel Rice IV’s Rice Acquisition II special-purpose acquisition company, which filed for a $250 million initial public offering last month, will focus on sustainability and the movement away from fossil fuels. Its predecessor, Rice Acquisition Corp., last week agreed to merge with two other companies to form a venture, Archaea Energy, to harness gas seeping out of landfills.

“We’re going to continue to look at ways to decarbonize,” Rice said in an interview. There are “a ton of fascinating things out there that make a whole lot more sense than another electric vehicle company.”

The move by Rice, whose family name has long been synonymous with shale gas, underscores how traditional fossil fuel players are increasingly targeting green-energy projects amid growing concern about climate change. Chevron Corp. just agreed to invest in offshore wind energy for the first time, while oil producers including Occidental Petroleum Corp. are exploring technology to capture carbon dioxide directly from the air.

Daniel Rice was chief executive officer of Rice Energy Inc., a shale explorer his family built from scratch, when it was bought by EQT Corp. to form the largest U.S. gas driller in 2017. Daniel has a seat on the board of EQT, where his brother Toby is the CEO.

Though the U.S. is among major countries shifting to green energy, Daniel Rice says conventional natural gas will continue to play a “crucial role” in the transition as a cleaner alternative to more-polluting coal in power generation.

Archaea Energy, meanwhile, will eye assets owned by other developers on top of advancing its own renewable gas projects. Though renewable natural gas captures methane before it enters the atmosphere as a far more powerful global warming agent than carbon dioxide, it still emits CO2 when burned, raising questions about its environmental merits.

Archaea is planning to invest about $200 million a year through 2023 to develop its existing project backlog and generate almost $400 million in earnings before taxes and other items by 2025. While those targets don’t include acquisitions, the company will be also looking at deals to foster growth, according to Nicholas Stork, who will be its CEO. The Rice family will own about 30% of the combined company, Daniel said.

“We want to find the best projects that we can,” Stork said in the same interview. “We have a really great starting point as a public company with a great balance sheet to look at all those opportunities.”

@SpacWarrants OK.. I’ll do it for you as we know you will never do it: If anybody is tired of spending too many hours researching #SPACs .. take a ... breather and sign up for Jeff’s caffeine fueled custom built, machine learning magical algo that flags #SPACs that are closing in on a deal! 🤣

Purpose of meeting is to get information. You’re not there to give information. Business owner is the expert. Regardles have much experience you ... have. Listening is the key!! #Acquisitions #MoneyTalks #investments #owner #BusinessOwner #Merger #IPO #SPACs #partnership #stocks