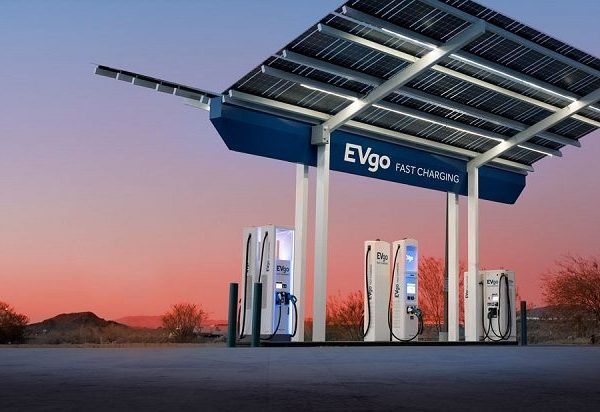 Some of the world’s largest asset managers from Blackstone to BlackRock have signaled an appetite to invest in socially responsible companies—and special-purpose acquisition companies are all too happy to serve them.

More than 20 SPACs have launched with environmental, social and governance principles in the past year, raising more than $5 billion through their IPOs, according to PitchBook data.

The trend is driven in part by a sense that demand for publicly traded, socially responsible companies has quickly outstripped supply. These SPACS are trying to add more ESG-friendly companies to a dwindling list that meet the criteria. Last year, assets in ESG funds ballooned 67% year-over-year to $1.65 trillion, according to Morningstar data.

“There aren’t many [publicly traded] companies for those ESG funds to invest in,” said Nicole Neeman Brady, CEO of Sustainable Development Acquisition I, a blank-check company that raised $316 million in an IPO earlier this month.

Brady’s company, launched as a partnership between Renewable Resources Group and Capricorn Investment, is one of the first SPACs to pursue a B Corp designation—a private certification of social and environmental performance issued by the nonprofit B Lab—by either merging with an existing B Corp or helping a target company achieve that status.

The nature of SPACs makes them well-suited to the low ESG company supply problem: They present a comparatively fast way for companies to go public and take advantage of favorable market conditions.

Some socially responsible companies are also seen as high-growth, another factor that makes them ideal targets for SPACs, given the high valuations that growth-oriented companies currently command on Wall Street.

Electric vehicle makers, in particular, have been the target of a torrent of SPAC deals. And many of those deals were with blank-check companies without an ESG mandate.

But the frenzy around EV companies has also flooded the market with new entrants.

“There’s a lot of people fishing in that pond,” said Brady, who is especially interested in companies creating solutions for water issues. Some sponsors of ESG-oriented SPACs are keen to tap into fewer markets where clear leaders have yet to be established.

Recently, a number of tech startups that are using other means to decarbonize transportation have been the target of blank-check deals.

Investors are also signaling an interest in other frontier applications to address climate change, such as batteries, agricultural programs and carbon capture, said Robert Tichio, a partner at Riverstone who leads Decarbonization Plus and recently launched a second blank-check company.

SPAC sponsors have also indicated intrigue in companies that are lowering the greenhouse gas emissions of oil and gas systems and improving electric grids. Such businesses appeal to the belief that, going forward, companies that make a positive impact on the environment will make the best investments.

While the majority of mission-driven SPACs have targeted environmental issues, some have targeted broader ESG criteria in their mandates.

Former NFL quarterback and activist Colin Kaepernick is planning a SPAC alongside investor Najafi Companies, with an eye toward acquiring a consumer-focused company. The SPAC has also sought to bake ESG criteria into the composition of its board, which comprises mainly women from underrepresented backgrounds.

Public markets are increasingly receptive to companies that invest for longer-term benefits, even if the immediate financial benefits of ESG efforts aren’t clear, said Victoria Grace, CEO of Queen’s Gambit Growth Capital, a SPAC targeting socially responsible companies in healthcare, fintech and logistics. Queen’s Gambit is also female-led and intends to use its network to help improve the gender diversity of the target company.

Blank-check companies and their mandates may be a nascent financial tool, but Grace sees socially responsible companies benefiting from a long-term generational shift.

“The younger generation really cares about social good and environment,” she said. “You would be foolish not to pay attention.”