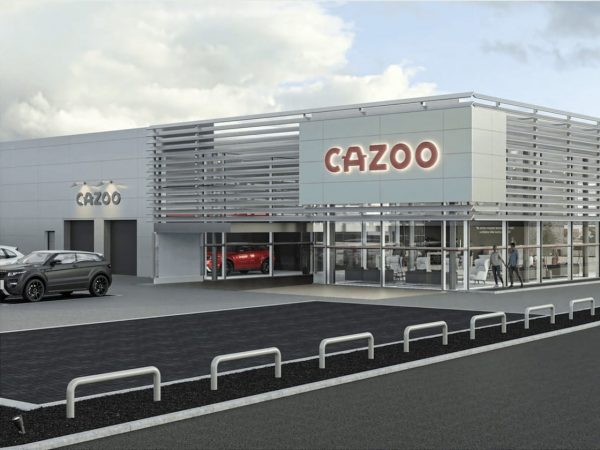 Dan Och’s blank check company Ajax (NYSE: AJAX) has been one of the hot SPACs (special purpose acquisition companies) to watch ever since the SPAC craze took off in 2020. SPACs are shell companies that launch with the intent of merging with a private company and taking it public. They typically have two years to make a deal or must return the initial money raised to investors. Och, a billionaire investor and former hedge fund manager, has made a name for himself in the investing community, which is why his SPAC has gotten so much attention.

Ajax recently announced that it plans to take the British online used car company Cazoo public at a $7 billion valuation, much to the displeasure of many investors. Given Och’s notoriety, I believe many were disappointed to see him select a used car company. That said, all may not be lost. Let’s take a look at Cazoo and see if Och is seeing something that the market is missing.

Cazoo brings the used car-buying process online, allowing consumers to purchase and finance a car, or essentially rent one for a certain number of months. The company is based in the U.K., but it also has a presence in France and Germany, with plans to soon expand to Spain and Italy and eventually the rest of Europe.

Cazoo believes the used car market in the U.K. and the rest of Europe represents a total addressable market of about £500 billion (or roughly $700 billion). The company also believes the market is ripe for disruption, considering that only 2% of used car transactions were completed digitally in 2020 and that 31% of consumers do not trust car dealers, according to research by OC&C Strategy Consultants.

Cazoo launched in 2018 and already expects to generate revenue approaching $1 billion this year, with the goal of reaching profitability in 2023. The company points out in its investor materials that its growth and projections are tracking that of the early days of Carvana, a U.S.-based used car retailer with a roughly $46 billion market cap today.

Carvana was founded in 2012, so it’s further ahead than Cazoo. But as you can see, Cazoo is projecting more than $8 billion in revenue in 2024 and gross profits of more than $1 billion, numbers that are similar to projections Carvana made this year. If Cazoo were to hit these projections, I would think it rather obvious that the company is undervalued right now.

SPAC founders like Och only get paid if they find a company to merge with, and if that merger is approved by shareholders who will eventually vote on the deal. So current shareholders may view Ajax’s merger with Cazoo as management rushing to find a deal in order to get paid.

And it’s not the craziest theory in the world. As more SPACs have launched and gone public, the competition to find private companies to take public has grown fierce. Nearly 300 SPACs have gone public in 2021, not to mention all the existing SPACs that went public in 2020 and are still on the hunt for a merger target.

But to Och’s credit, he and his partners are personally investing $200 million in Cazoo through a PIPE (private investment in public equity), in which investors purchase shares through a private arrangement. Other prominent investors in the PIPE include funds and accounts managed by BlackRock, Morgan Stanley, and the Fidelity Management and Research Company. Och is also joining Cazoo’s board.

I would think — but I don’t know — that Och cares a little more about his reputation than the money at this point, considering he is worth roughly $3.6 billion. Och also labeled the SPAC Ajax 1, implying that he might have the ambitions of doing future Ajax SPACs. If Cazoo proves to be a failure, Och will have a tough time drumming up the same interest from investors that he did this time around. Additionally, rumors of the Ajax-Cazoo merger leaked a few weeks ago and investors panned the idea on social media. At that point, Och and management certainly could have walked away from the deal. While it is true that they may have had no other deals in the pipeline, it could also be true that they see big potential in the company.

Give it a chance

Being a holder of Ajax warrants, I was disappointed as well to see the SPAC choose a target that didn’t excite the market and result in a huge pop on the day of the announcement. And yes, the company’s revenue and profit projections may come up short. Cazoo may find digital penetration tougher than it initially thought, competitors could beat it to significant market share, and the bigger opportunity for used cars in the U.S. than in Europe could be an issue. But given that Ajax is currently trading below $11 per share and has set strong growth projections, and Och is in a position to prove everyone wrong, I believe Cazoo could end up being a diamond in the rough.

Source: Nasdaq – Investors Aren’t Thrilled About the Ajax-Cazoo Merger, But It May Yet Offer Value