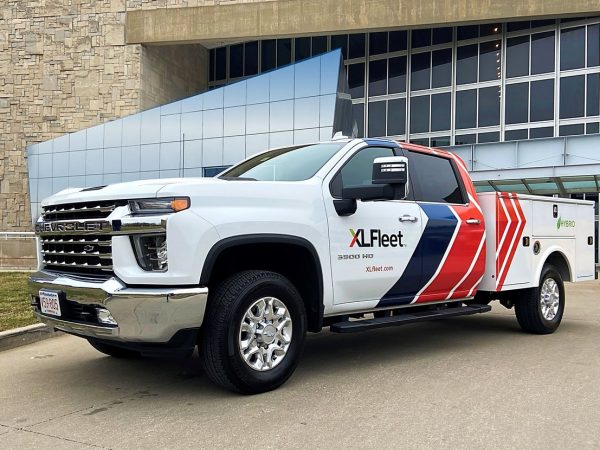 The shares of Pivotal Investment (NYSE:PIC) were up more than 21% after the opening bell ahead of a shareholder vote on the SPAC merger of the company with XL Fleet. So what do you need to know about PIC stock here?

CNBC’s Jim Cramer on Dec. 18 said XL Fleet, the commercial and municipal fleet electrification supplier that’s expected to come public this week via the blank-check merger, would be “a steal” at $15 going into the deal. Today’s early trading pushed the shares to more than $18.50 a piece. “If it starts flying next week, I’m begging that maybe you don’t chase it too much past $20,” Cramer said on his Mad Money show.

Pivotal is just the latest of Wall Street’s hot special purpose acquisition companies, public companies created for the sole purpose of taking another business public. This typically has the merged company adopting the previously private company’s name and changing its stock ticker. In this case it is billion-dollar startup XL Fleet.

The XL Fleet buzz is based mostly on a host of deals it already has with several blue-chip companies including FedEx (NYSE:FDX), PepsiCo (NASDAQ:PEP) and Verizon (NYSE:VZ).

Investors should note that the broader wave of electric consumer vehicles has also sparked an interest in electrifying commercial fleets. Unlike rival Lordstown Motors (NASDAQ:RIDE), XL Fleet does not make its own vehicles. Instead, it outfits existing commercial-grade trucks from the likes of Ford (NYSE:F) and General Motors (NYSE:GM).

As companies large and small seek to cut their carbon emissions, XL Fleet provides its customers with analytics on how its electrified fleets are helping reduce their environmental impact. XL Fleet has a 12-month sales pipeline worth $220 million. It is also targeting revenue of $21 million in 2020 and $75 million in 2021 in pursuit of a $1 trillion total addressable market.

“What really sets XL Fleet apart, though, is that unlike most of the electric SPAC plays, its products are already on the road,” CNBC’s Cramer said. “XL Fleet’s a little different in that their near-term forecasts are much more substantial than what you see from most of these SPAC names.”

Last week, XL Fleet announced that it has expanded its line of electrified powertrains to include a hybrid electric drive system for Ford’s Class 5 F-550 Super Duty chassis, with deliveries expected to begin before the end of 2020.

Nearly half this year’s most successful IPOs have been SPACs and not traditional listings. Some 206 SPACs have raised a record $70 billion in proceeds from initial public offerings so far this year. Electric vehicle manufacturers and related firms have particularly favored this route to capital markets.

However, a SPAC needs to complete an acquisition within two years of its IPO or the capital raised must be returned to investors.

With the year of the SPAC nearing a close, investors may be wondering if there’s more to come after PIC stock completes its merger.

Well, Goldman Sachs last week said that while 2020 has seen a surge in special purpose acquisition companies, next year could be even bigger.

Goldman analysts said the action “is likely to remain in place. New SPAC issuance has accelerated dramatically in [the second half of the year] as 53% of the capital raised [in 2020] has taken place since Labor Day. The most recent wave of issuance has broadened the universe of SPAC sponsors and lent institutional credibility to the SPAC process.”