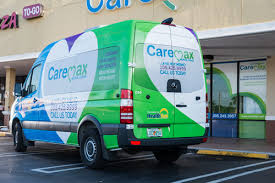 SPACs — also known as “blank check companies” — raise capital in public offerings, with the purpose of acquiring companies with high growth potential. SPACs have been very active in 2020, engaging in some high-profile deals involving care providers that specialize in serving the older adult market. Through these transactions and possible future activity, SPACs have the potential to affect senior living providers in a variety of ways.

The latest deal involves a SPAC called Deerfield Healthcare Technology Acquisitions Corp., which is merging with CareMax Medical Group and IMC Medical Group Holdings in a transaction with a combined consideration of $614 million in cash and stock.

The combined entity will be known as CareMax and trade on the Nasdaq under a ticker symbol to be determined. CareMax and IMC currently operate 26 medical centers in Florida, serving about 16,000 Medicare Advantage members under value-based contracts, as well as 36,000 managed Medicaid and Affordable Care Act patients, according to a Dec. 18 press release announcing the merger.

Senior living providers have increasingly been working with organizations like CareMax. For example, CareMax identifies Oak Street Health as a peer company. Oak Street has partnered with assisted living communities in Illinois to provide more coordinated primary care to residents, which has proven beneficial during Covid-19.

CareMax, Oak Street and other similar companies provide wrap-around services to older adults who are enrolled in particular insurance plans, often Medicare Advantage products. If senior living residents enroll in these plans and tap into the benefits of coordinated care offered via a CareMax or Oak Street, the idea is that they will stay healthier, extending their length of stay in senior living while keeping their out-of-pocket costs down — and reducing health care utilization and costs generally.

Deerfield did not respond to requests for comment from Senior Housing News. But it is clear that SPAC activity is fueling the rapid growth of CareMax and similar companies that provide wraparound care to older adults, which could potentially open up more opportunities for senior living providers that are seeking ways to bolster their health care offerings in light of Covid-19.

Deerfield anticipates that the publicly traded CareMax entity will have a market capitalization of about $800 million, with about $233 million in cash, according to documents filed with the Securities and Exchange commission. The strategy is to expand through acquisitions and building new CareMax centers from the ground up.

Deerfield identified 15 potential acquisition targets, most of which have letters of intent or nondisclosure agreements signed, representing an incremental revenue opportunity of about $141 million.

Another SPAC — Jaws Acquisition Corp. — in November announced that it would merge with Cano Health, another peer company of CareMax. That transaction assigned Cano an enterprise value of $4.4 billion. And yet another Medicare Advantage-driven provider, Alphabet-backed Clover Health, is going public via a SPAC merger that valued Clover at $3.7 billion.

As these primary care providers expand, they very well could target partnerships with senior living providers as a vehicle for growth. Oak Street, which went public in 2020 via a traditional IPO, said as much in its S-1.

Bigger-picture, SPACs will be on the hunt for further acquisitions, and they will be eyeing deals to create platforms of synergistic businesses. For example, the founder and former CEO of UnitedHealthGroup recently formed a SPAC called Senior Connect Acquisition Corp., with the intention of creating a portfolio focused on the senior market, including health care and lifestyle companies.

So, a SPAC acquisition of a senior living provider is not out of the question, and would not even be surprising, as Eclipse Senior Living CEO Kai Hsiao said after the news of Senior Connect’s launch.

“More and more people recognize senior living as part of the overall healthcare continuum — especially during Covid — and it would make sense to see if they could do the same,” he told SHN.