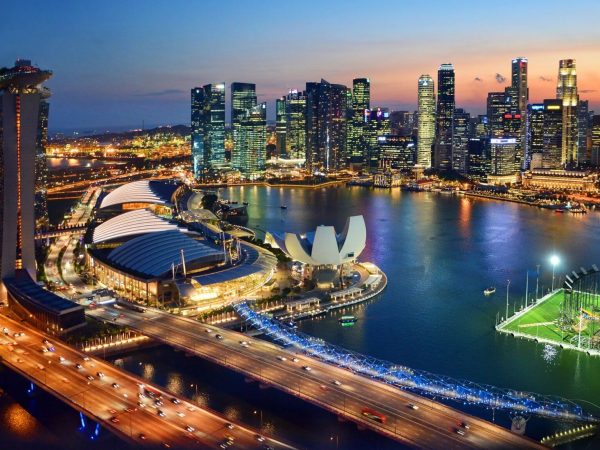 SINGAPORE/HONG KONG — Asian exchanges are keen to get in on the boom in “blank-check” company initial public offerings, or SPACs, that has swept the U.S. But the region may not generate the same kind of frenzy.

SPACs are shell corporations whose sponsors, or promoters, raise capital via a stock market listing. They then look to acquire or merge with operating companies, which as a result can go public more quickly than through a traditional initial public offering. In other words, SPAC shareholders do not know which business they are investing in until later.

The popularity of such listing vehicles has surged. In the first ten weeks of 2021, global SPAC IPO volumes — overwhelmingly in the U.S. — reached $76.7 billion, just $2.5 billion behind the amount for all of 2020, according to data from Refinitiv.

The wave of SPACs includes a number aimed at capturing Asian investment. Six Asia-focused SPACs have raised a total of $2.7 billion so far this year, almost double the entire volume for 2020, according to Dealogic.

And some notable Asian startups are considered to be potential targets for SPACs. They include Singapore super app provider Grab, its Indonesian rival Gojek, and e-commerce giant Tokopedia, also from Indonesia. All are reportedly being circled by SPACs as a vehicle to go public.

But compared with the U.S., Asia is still considered less fertile ground for SPACs. Sponsors say onerous disclosure requirements, long vetting processes by listing committees and a reluctance to relax rules — after recent clampdowns on backdoor listings — are among the issues likely to inhibit SPAC takeup in the region.

“Unlike in the U.S., Hong Kong and Singapore undertake a qualitative review of whether a candidate is suitable to be listed, as they focus on shareholder protection,” said Marcia Ellis, Partner of Morrison & Foerster. “If there are too many safeguards in place, that decreases the advantages of a listing compared to a traditional IPO and this will dampen the appetite of sponsors and SPAC targets.”

Asia’s approach is now becoming clearer. Singapore Exchange last week sought feedback on a new regulatory framework for SPACs that it hopes to finalize midyear. RegCo, SGX’s regulatory arm, has proposed a minimum market capitalization of $300 million Singapore dollars ($222.6 million) for SPACs, with up to three years for blank-check companies to combine with a target.

Hong Kong, Singapore’s main rival as an Asian financial center outside Japan, is set to unveil its own rules in coming months, people familiar with its plans have said.

In Japan, a government panel suggested in March that authorities consider whether to allow SPACs as a possible way of channeling capital to startups.

South Korea and Malaysia have both dabbled in blank-check companies on their stock exchanges, but have not seen the interest captured by the U.S. Refinitiv’s data shows that as of March 30, only four SPAC IPOs in Asia this year have been registered on South Korea’s Kosdaq.

“It takes time for investors to understand the product, and for the regulator to improve protection mechanisms for the SPAC investors,” said Stephanie Tang, head of private equity for greater China at law firm Hogan Lovells.

Flush with cash eagerly seeking returns, Asia’s investors are not waiting for Singapore and Hong Kong and are putting money into the U.S., with New York’s Nasdaq drawing massive capital flows. For instance, almost half the funding for three of the recent Asia-sponsored SPAC listings in the U.S. came from Asia-based institutions, two people involved said.

SoftBank Group’s Vision Fund listed three SPACs on the Nasdaq exchange in January and in March. The vehicles raised a total of $1.15 billion, including from the Vision Fund 2, which is so far entirely funded by SoftBank. They are targeting “IPO-ready technology companies” as acquisition targets.

A Grab delivery rider in Jakarta: The Singapore “superapp” developer is among the companies that has reportedly considered using a SPAC for a stock market listing. (Photo by Dimas Ardian)

Primavera Capital, a top private equity specialist in China, raised $360 million through a SPAC in January and said it will look to acquire a consumer sector company in China. Meanwhile, CITIC Group became the first state-owned Chinese company to do so, setting up a $200 million SPAC this year.

“A SPAC is a liquidity driven product,” said Nanani, in response to Nikkei Asia’s queries on why he did not wait for SGX to decide how to handle blank-check companies. “At this stage, there is a huge appetite and liquidity for this product in the U.S.,” he said.

Announcing its SPAC proposals, SGX acknowledged such transactions offered “speed to market and ability to offer price certainty in valuing target companies.” However SGX also noted that risks included excessive dilution of shareholders and the rush to acquire target companies.

“We are therefore proposing measures to address these risks, with the aim of creating credible listing vehicles that will increase investor choice,” said Tan Boon Gin, CEO of SGX RegCo.

A spokesman for Hong Kong Exchanges and Clearing said that while the bourse regularly looks at ways to enhance its IPO market, it will also strive to maintain “market quality.”

Analysts and investors suggest technology companies will continue to prefer to merge with SPACs in the U.S., where they are part of a bigger peer group, while Singapore can aspire to become a hub for Southeast Asia startups, and Hong Kong for greater China targets.

“Ultimately, companies will still choose the SPAC to merge with based on the valuations and liquidity that they get after they become public,” noted Mak Yuen Teen, an associate professor at the National University of Singapore Business School who specializes in corporate governance.

Craig Coben, co-head of Asia-Pacific global capital markets at Bank of America in Hong Kong, said that regional interest in SPAC deals, whether in the U.S. or locally, will increase.

“We are seeing significant interest from the Asian investor community, as they now understand the full value of the product and the efficient capital recycling it provides,” Coben said.

Udhay Furtado, co-head of equity capital markets for Citigroup in Asia, said, “SPACs as a form of capital-raising are here to stay in Asia for quite some time. More and more Asian sponsors getting interested.”

Source: The ToysMatrix – Singapore Joins Asia’s SPAC Race But Investors Flock To US