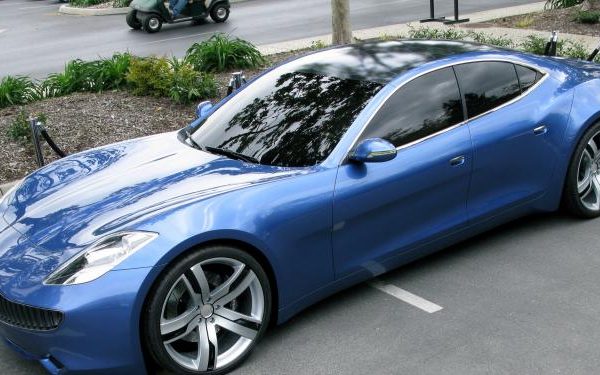 What Happened: Both companies will merge in a business combination to create a new entity whose Class A common stock will list on the New York Stock Exchange under the symbol “FSR.” Through the reverse merger, Fisker has gained access to $1 billion in cash inflows.

With the funding and strategic tie-ups in place, CEO and Chairman Henrik Fisker remarked, “ We can now fully turn our attention to developing and launching the revolutionary, all-electric Fisker Ocean into the heart of the midsize SUV market.”

Earlier this month, Fisker and Magna International MGA 0.56% partnered to manufacture the all-electric SUV model Ocean, and production is expected to commence towards the end of 2022.

Why Does It Matter: Special Purpose Acquisition Companies or SPACs are gaining more traction in the EV segment.

Lordstown Motors Corp merged with DiamondPeak Holdings Corp DPHC in August. Stocks of the merged entity are listed on Nasdaq under the symbol RIDE, which gained 5% during Thursday’s trading hours.

The trail leads me here and I am okay with being wrong. I am not here for your approval $CCIV $CCIV #SPACS
... https://www.fiercebiotech.com/biotech/imvax-raises-112m-to-advance-brain-cancer-cell-therapy

While deals involving #SPACs were somewhat uncommon in most industries until recently, they were nearly unheard of in #healthcare. That has now ... changed. #RSM Senior Analyst @MattWolfHC explores: https://rsm.buzz/372gVdR

Hot damn! Where does all the investible excitement end? Just stumbled across this gem ($NBAC): ... https://finance.yahoo.com/news/nuvve-corporation-lion-electric-announce-135400032.html #EVs #SPACs

Another one to keep an eye on.